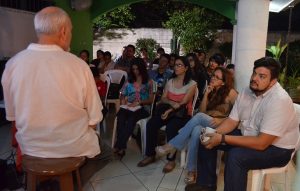 Lecture at New Acropolis by Sergio Perezalonso, who spoke of the path that has followed the definition of the atom according to the first Greek philosophers (500 years b.C.), until the modern conception of the non-existence of matter, whose components Quantum Physics define as QUANTA or ‘excitation of energy’.

He explained that the current theories are progressively converging with the ideas of Plato, and with descriptions found in sacred texts and ancient traditions. The event helped participants better understand that Science and Philosophy do not need to contradict each other. 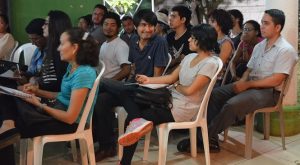