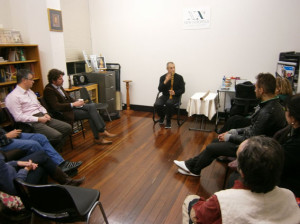 Riley Lee began playing the shakuhachi (Japanese bamboo flute) in 1971. He was the heir of two of the oldest and most venerated lineages of traditional shakuhachi that go back to the Zen Buddhist Komusô, or the “priests of nothingness” of the Edo period in Japan. In 1980, he became the first non-Japanese to attain the rank of shihan dai, or grand master. Riley’s music is a meditation and has been used around the world in yoga, tai chi, massage, acupuncture and other body therapies. Riley Lee shared his philosophy of shakuhachi interpretation.