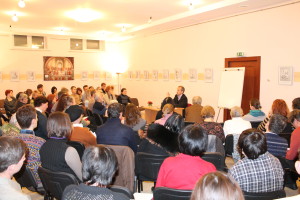 New Acropolis in Donetsk gave a public lecture on Plato and his Academy. The week ended with an open house day, with the screening of the film The Birth of the Soul and a philosophical contest, whereby all received a well deserved award.
A literary and philosophical Salon about the world of the ideas of Plato was carried out by New Acropolis in Mykolayiv. Participants spoke about the main ideas pertaining to Plato’s philosophy and how they retain all their value today. In addition there were several videos and small stagings of the Platonic dialogues. 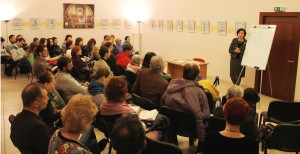 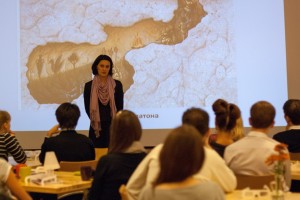 In the city of Poltava, New Acropolis organized a philosophical and poetical encounter about the heritage of Plato, philosophy, art, love and true freedom.
In the city of Zaporizhia, there were several short films about Plato and modernity, and related debates.