With “a big thank you for contributing to Philosophy’s return”, the Director of New Acropolis in Greece, Maria Jimenez Plana, welcomed the participants at the open discussion on World Philosophy Day, celebrated in Athens for the 4th consecutive year, with the generous support of the Public Bookstore.

“Philosophy returns to unite things…  to give meaning to all aspects that compose our civilization. Philosophy returns so we can better understand our own life, so we can live as human beings …” said Maria Jimenez Plana before giving the floor to the speakers of the event.

The renowned professor of astrophysics and philosophy Stratos Theodosiou (Professor of Astronomy and Philosophy at the University of Athens) talked about philosophy and the universe, physics, astronomy, and about the importance of integrating science with the aim of encouraging people to read about and know the universe and its principles. He concluded by saying that “science should look for the ‘Theory of Unity of Knowledge’, which encompasses the Microcosm and Macrocosm, and the scientific insights that lead to scientific breakthroughs.”

Vangelis Ploumistos (Director of New Acropolis in Athens) spoke about the importance of thinking and acting as philosophers. He stated that a key feature of philosophical thinking is being able to unite mind and heart, and that this type of thinking propels us to investigate by integrating knowledge, intuition and emotions. “The special features  of philosophical thinking push us to wonder, to realize our very own existence, to search, to have a mind but also a heart and a spirit that unites.” 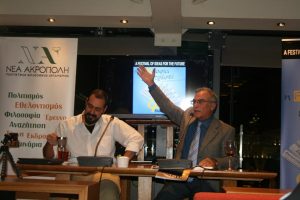 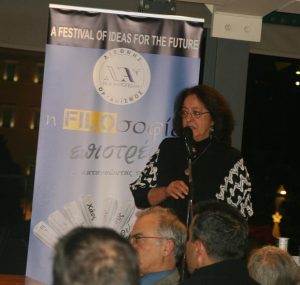 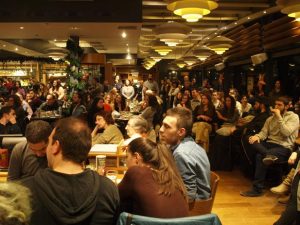 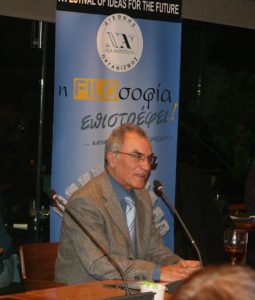 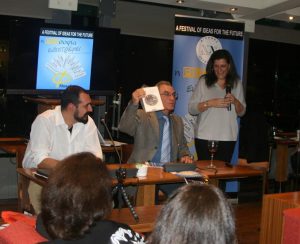