Lima de Freitas, painter, philosopher, essayist, visionary, stands out as a luminary within Portuguese national culture. His work is a clear source of inspiration for those seeking a new paradigm based on universal symbols and archetypes. New Acropolis was inspired to organize a tribute, which took place in the Palace of the Arciprestes, twenty years after the death of the honoree.

The Marqués de Pombal Foundation, the Hermes International Institute, the “Lima de Freitas” Sacred Mathematics and Geometry Studies Circle, the Santo Amaro Choir of Oeiras and the town hall of Oeiras collaborated in this project. The family of the honoree was present: his wife Helle Hartvig Freitas, his sister, children and grandson. José Hartvig Freitas, son of Lima de Freitas, gave a poignant speech sharing some less known facets of his father. 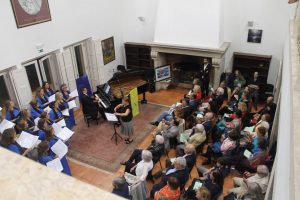 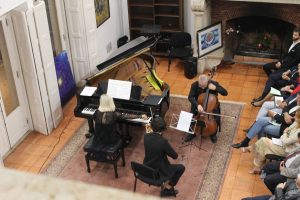 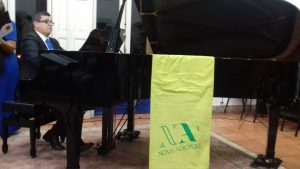 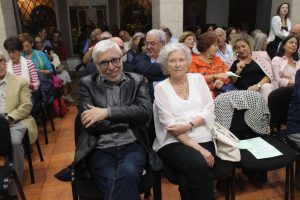