The celebrations commemorating World Philosophy Day, organized by New Acropolis in collaboration with UNESCO, began at the National Museum of Brasilia, with the keynote lecture entitled “Work as a tool for the transformation of the individual and society” given by Prof. Luis Carlos Marques Fonseca, Director of New Acropolis. The talk highlighted how work can be a tool to generate life and achievements. Around 1,800 people attended activities throughout the day.

The Children’s Orchestra “Children for Goodness” was presented to the public; its members were able to show the value of philosophy and music as tools of transformation within the social project carried out by New Acropolis.

In addition to music, Prof. Lucia Helena Galvão gave a lecture on volunteering as a way of giving meaning to work and spoke about the importance of working on the causes of human problems which, for her, are fundamentally related to ideas.

The representative of Unesco, Fábio Eón, spoke about how difficult it can be to broaden understanding in people’s minds and that the UN work agenda is centered on the Eighth Goal of Sustainable Development proposed by the UN.

Adelmir Santana and Antonio Valdir addressed respectively the importance of the entrepreneurial spirit and creativity to generate more jobs and the need for jobs that provide a greater level of human achievements.

During the event, the winners of the second edition of the Photography Contest “The Thinker’s Look” were announced, which can be accessed at www.diamundialdafilosofia.com.br

More than 150 volunteers helped carry out World Philosophy Day in Brasilia, an example of the value of working for ideas that are capable of inspiring changes in society. 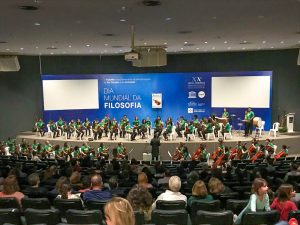 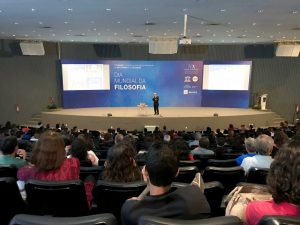 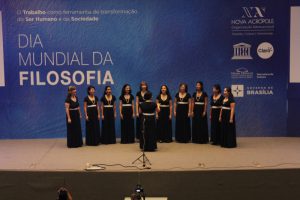 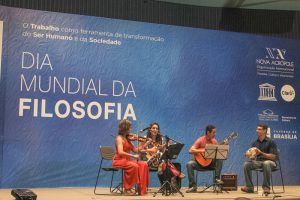 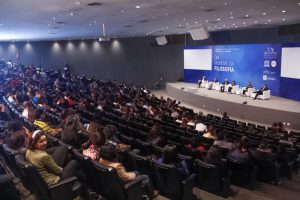 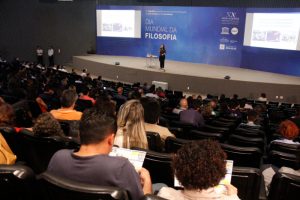