The reason was cleaning up the banks of the Volga river In the beginning of June in the context of national action “Pure water”.

The park is known for its unusual origins. In the result of powerful earthquake the crust here was cracked giving rise to amazing reliefs which look extraordinary for the steppe area.

A local villiage Nizhnyaya Dobrinka was once a region within the Volga German Republic. Still almost all the houses are German built in the beginning of 20th century.

The Danilov Ravine is a true “lost world”— a stream runs far below on a white chalky substrate sometimes invisible from under a canopy of dense forest. It feels like in a green kingdom full  of birds, insects, fragrant herbs.

Another interesting sight is the Shcherbakovskaya beam as well as the Danilovsky ravine appeared as a result of an earthquake ocurred 30-50 million years ago. And then above again the steppe and the mysterious mountain of Scorpionia. 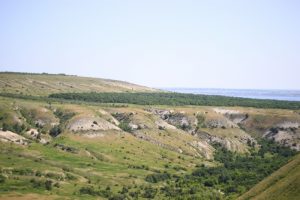 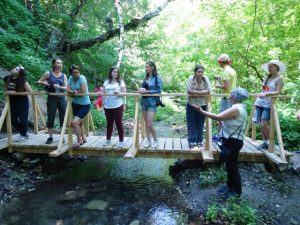 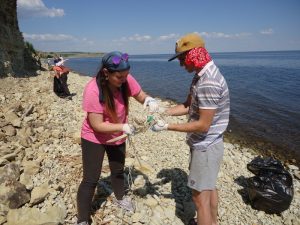 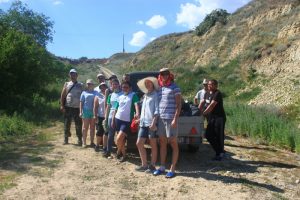