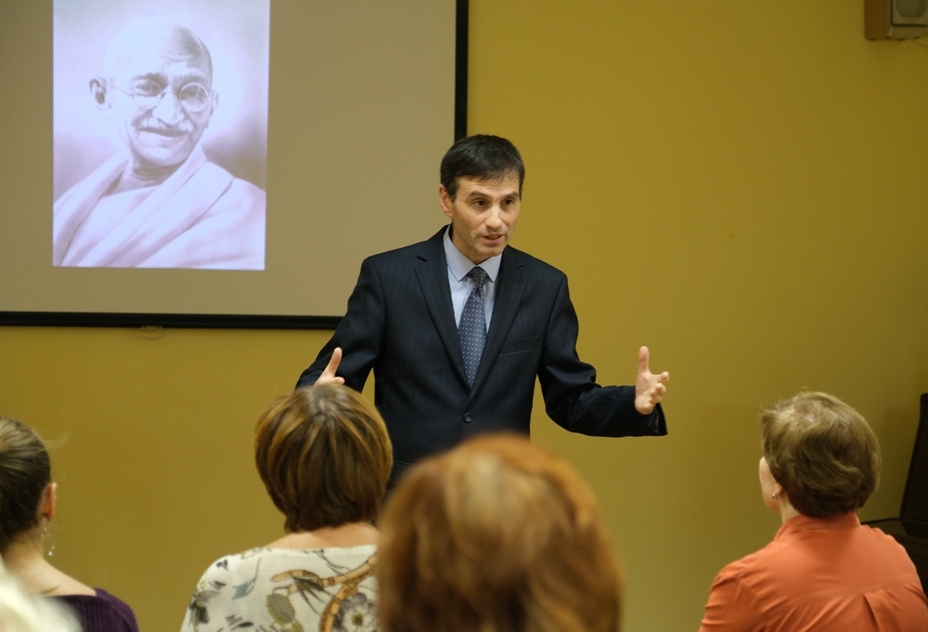 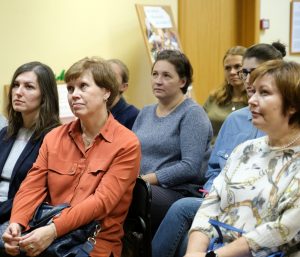 On October New Acropolis delivered a lecture named “Mahatma Gandhi. Life in search of the truth” in honor of the 150-th anniversary of this great man.

Who is Mahatma Gandhi for us?

This is a man who gained India’s independence without violence. A man who believed in Human nature, that “hatred is not conquered by hatred”, that “the principle of “an eye for an eye” will make the whole world blind.”

This is a man who had shown the way that one can live and act differently, with love and patience, with hope for the best in human beings and with tenacity in the pursuit of the truth.

A humble Indian with a difficult destiny, but with great enthusiasm, modesty and the search for 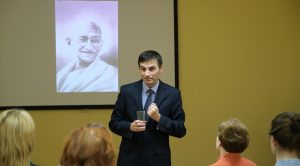 the truth, Mahatma Gandhi showed how important it is to change on the inside because only in this way changes in the world are possible.

Impressions of the audience:

Valentina: -The following words of Mahatma Gandhi are embedded in my memory: “I am not an ideal person, and my achievements are possible for everyone if one makes efforts.” -So, I can also try to become more tolerant, more caring, more persistent. 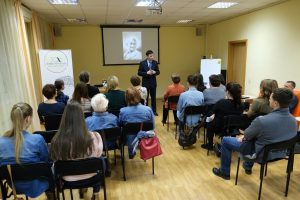 Galina: I took note of Gandhi’s approach that we should constantly revise ourselves. It is often the case that a person has achieved something, has become better at something, and then slows down, stops moving forward. This “revision” helps us not to stop, to keep on moving.

As a tip – I liked the practice of “one day a week in silence”. I want to try it. Otherwise, the bustle of life captures, and it is difficult to perceive your inner voice, to understand your goals and destination

Polina: I was impressed by sincerity and courage of this person, including his ability to admit his mistakes. 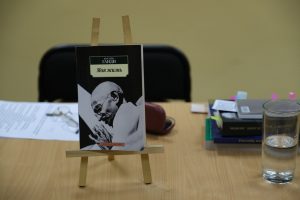