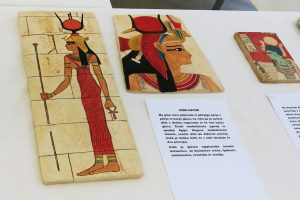 Be it nowadays or the days of old, a man deprived of his sight, had to rely on his other senses and so might have gained wisdom by enhancing the sight from within. Fortunately, there is great truth in saying ‘important things can only be seen with the heart, not the eyes’.

The collaboration between New Acropolis in Slovenia and The Association of Organisations for the Blind and the Visually Impaired has resulted in an exposition of the Egyptian replicas “The Blind Harpist”. The exposition was accompanied by a lecture on Egyptian symbolism by Stjepan Palajsa, which enabled the audience to have a deeper insight in the ancient Egyptian world. The opening of the exhibition took place in the Library of Minka Skaberne for the blind and visually impaired. 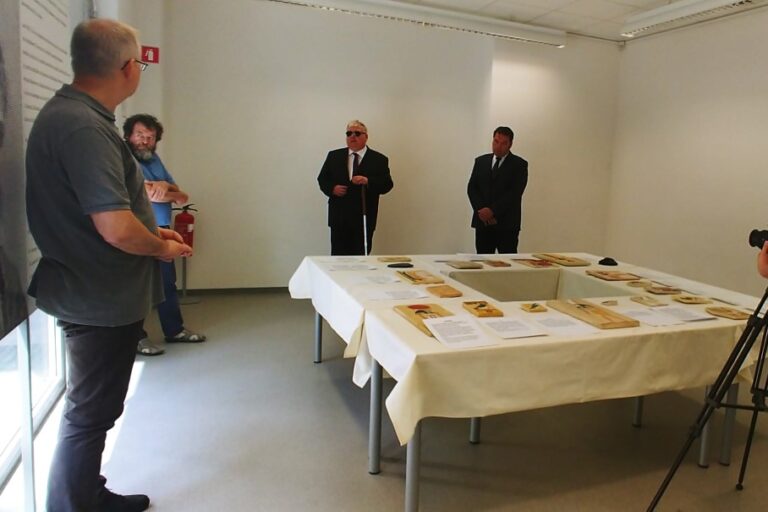 The visually impaired were permitted to touch the artefacts, the Egyptian low-relief replicas, and were able to experience the symbolism and reach the history behind an artefact, since each was accompanied by a large print as well as the Braille tactile description. The design of the transportable exposition was made with the help of individuals, deprived of their sight in order to approach the displayed artefacts to their public in the most suitable way. The preventive measures we follow these days were also taken into account.

Visual art for the blind and the poor sighted is still modest in quantity in Slovenia, however it is making a qualitative progress, exemplified by the exposition ‘The Blind Harpist’, which is to be additionally equipped with a recorded audio description and transferred to different exposition sites.

As we know the ancient Egyptians were a nation with deep social concern of the individual. To follow their example we enabled the visually impaired to experience this symbolic representation in Ljubljana, where the tangible Harper’s song may tell them the story of another time, an ancient Egyptian view of life and death.