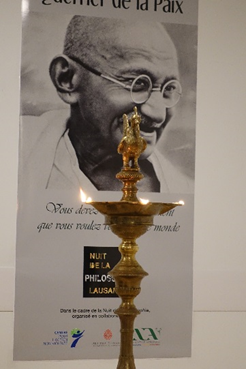 As part of the Night of Philosophy, to celebrate the World Philosophy Day, NA organized in Lausanne a round table on “Gandhi, warrior of peace”.

This activity was organized in honour of the 150th anniversary of the birth of Mahatma Gandhi and inaugurated by the Ambassador of India to Switzerland, Mr. Sibi George. It made it possible to highlight the infinite beauty and timelessness of Gandhi’s philosophy, and the importance of internal combat, this non-violent struggle of the peaceful warrior so well told in the Bhagavad Gita epic.

After an inaugural Indian ritual and the opening speech by Mr. Sibi George, the speakers of the round table (Mr. Recordon for CENAC, Action Center for Non-Violence, Ms. Valériane Bernard, representative at the UN for Brahma Kumaris and Mr. Jean-François Buisson, president of New Acropolis Switzerland), addressed various issues related to the philosophy of Mahatma Gandhi and to its usefulness for today’s world. An audience of more than 50 people gathered at the “Maison du Peuple”, in which Mahatma Gandhi had already given a speech on December 8, 1931. 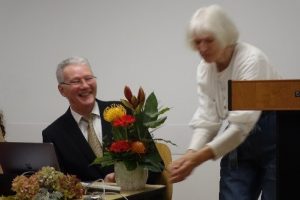 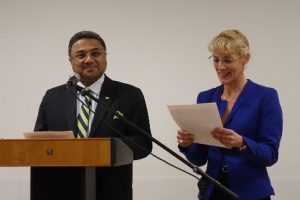 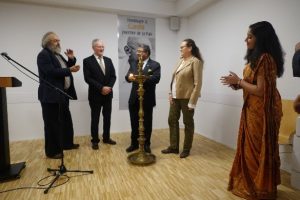 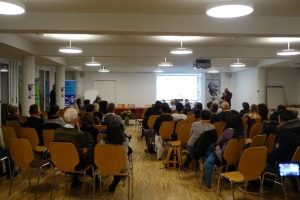