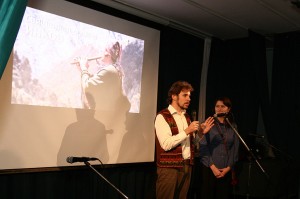 The documentary film “The Sacred Valley of the Incas”, released in September 2011 by the International New Acropolis program Altair, was presented at the Samara head office.

The film is dedicated to the ancient culture of Peru (South America). Shooting was organized in close cooperation with New Acropolis Peru.

Myths and symbols, music and hymns of the “Sons of the Sun”, the secrets of the ancient stone builders, drew the interest of the Russian audience to the Empire of the Incas. Many questions were addressed to the film makers after the screening.

The film has also been screened in Moscow and other cities in Russia, including St. Petersburg, Voronezh, Smolensk, Yekaterinburg and Chelyabinsk. The screening in Moscow was accompanied by a live music concert performed by a Peruvian folk group.

The film is available to the public on DVD. Translation into other languages is in progress. 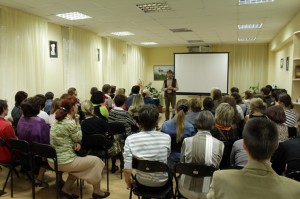