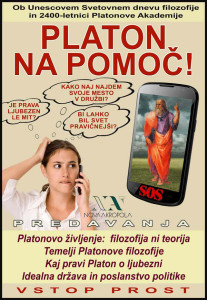 Is true love just a myth?

What is my place in society?

Could there be more justice in the world?

To commemorate World Philosophy Day and the 2400th anniversary of Plato’s academy, New Acropolis Slovenia organized several lectures where we wanted to stress that Plato’s teachings can be useful in the life of modern Man.

The lectures took place in Ljubljana and Maribor on November 20th and 21st with the following titles:

-Plato’s life: Philosophy is not a theory

-Plato’s ideal Republic and the duty of politics

-What did Plato say about love?