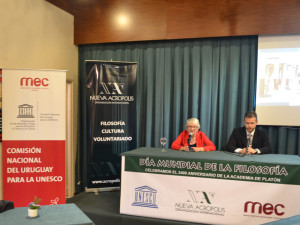 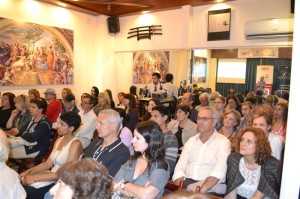 World Philosophy Day and the commemoration of the foundation of Plato’s Academy were celebrated at the headquarters of the Montevideo school. Two Philosophical-Cafes took place. They were titled “Platonic Love, sexual love” and “Plato and the immortality of the soul”. Both events were attended by a great number of people who had the opportunity to participate and to give their own opinions.

These activities had the support of the National Commission of UNESCO in Uruguay.