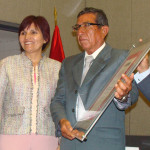 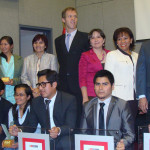 In the framework of International Volunteer Day, the Ministry of Women and Vulnerable Populations of Peru awarded nine organizations that during 2013 stood out for their commitment to the building, fostering and support of voluntary service at the national level.

The director of New Acropolis in Peru, Beatriz Diez Canseco, along with officials from the Ministry of Women and Vulnerable Populations, as well as representatives of the United Nations Development Program in this country, formed the jury of this award that has been given since 2010. In the year 2012 New Acropolis received this recognition for the impact of its volunteer work in the country.