Organized and promoted by New Acropolis in the city of Criciuma, the VIII Week of Philosophy took place. The philosopher Jordana Steiner Soziopoulos Zomer Alves presented the lecture titled “Rome’s legacy”, a reflection  on the important legacy of the Roman Civilization; in addition, an exhibit was presented titled “A Homage to the Roman philosophers” from whom we have received a great deal of the current cultural legacy in art, technology, legislation, architecture, etc. 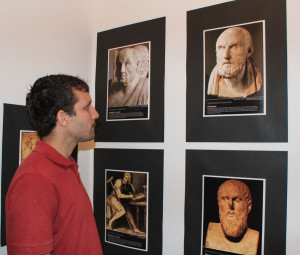 The event had the support of SC TV:  http://g1.globo.com/sc/santa-catarina/jornal-do-almoco/videos/t/criciuma/v/palestra-sobre-filosofia-e-apresentada-em-criciuma/2945262/