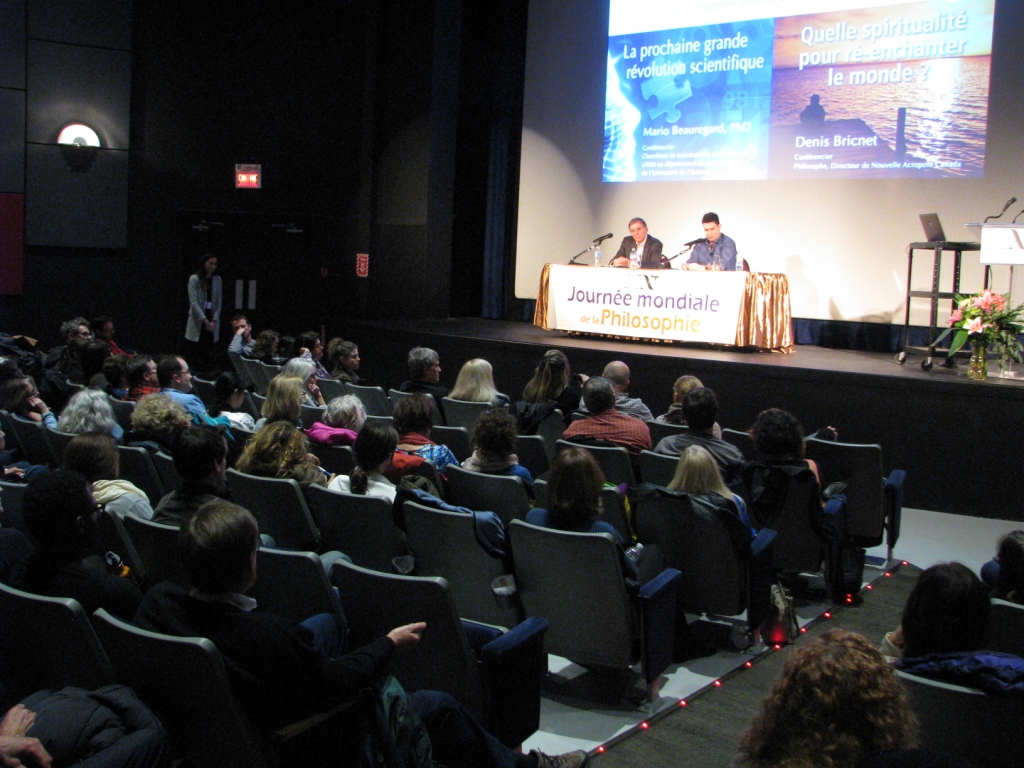 During the first part of the evening, Dr. Beauregard gave a lecture titled ‘The Next Great Scientific Revolution’. He demonstrated how, according to new scientific research, the mind and will have power over the brain and are a major aspect of nature. This goes against the modern materialistic view, which sees the brain as what produces consciousness and the mind. Dr. Beauregard thus invites us all to change paradigms, meaning to change how we perceive the world and the human being.

During the second part of the evening, Mr. Bricnet gave a lecture titled, ‘What Spirituality Can Re‑enchant the World?’ Today’s materialism has created disenchantment. The human being has become a biological robot with no real power over himself or his destiny, and who is a prisoner of the determinism and games of chance played by nature. Based on the wisdom and philosophies of East and West, Mr. Bricnet invites us to live the spirit by giving a direction to our existence based on our deepest aspirations. The spirit cannot be understood with the intellect; it is lived. This movement towards this mystery and this imagination is what can re‑enchant the human being and, thereby, re-enchant the world. 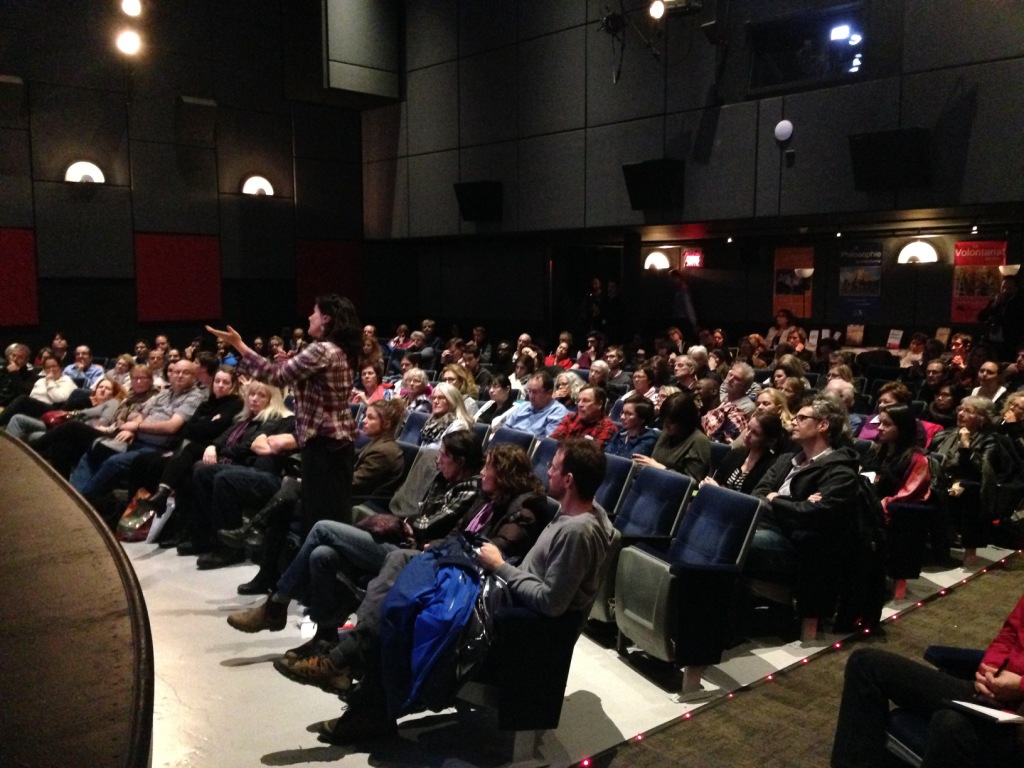