The following books were presented at the fair: philosophical essays Philosophy for Living, Today I Saw, Games of Maya, The Everyday Hero by Delia Steinberg Guzmán, a collection of articles and lectures Rowing Against the Current by Jorge Angel Livraga, his philosophical stories Moassy, the Dog, The Alchemist; works of the French philosopher and researcher Pierre Hadot What Is Ancient Philosophy? and The Veil of Isis: An Essay on the History of the Idea of Nature.

This is the first time New Acropolis is organizing the public philosophical discussion during the Book Fair. Ukrainian philosophers and translators of ancient philosophical literature gathered to discuss the concept of self-creation. Philosophy is not about informing, but about formation of the human. The speakers were very close in their statements and shared common view of importance of practical philosophy that contributes to growth and revelation of best human qualities. Speakers: Antun Musulin, Andrii Sodomora, Rostyslav Paranko, Igor Derzhko, Maria Chumarna

This is the third time New Acropolis volunteers organize audiovisual performance at the International Book Fair. The spectators cover the eyes with special bandages in order not to see anything and just listen to music and voices of actors. The scenario is based on the philosophical essay Moving Among The Dead by Jorge Angel Livraga and raises the question of human’s moving against the current and struggling for life. Music was written specifically for the performance by composer Sergii Havryliuk, 4-year student of the Lviv Conservatory. 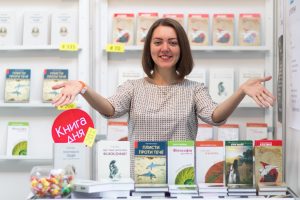 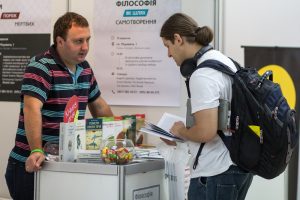 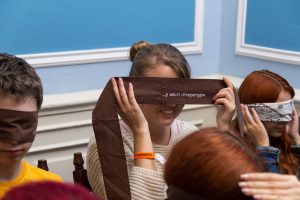 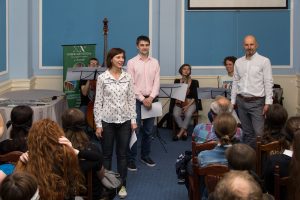 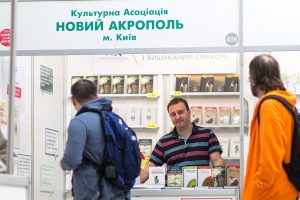 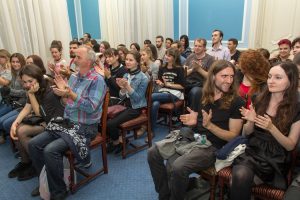 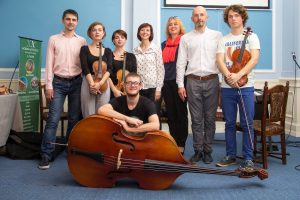 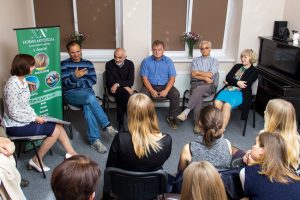 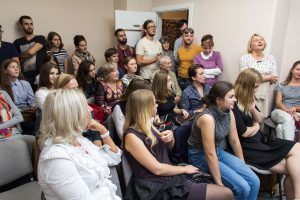