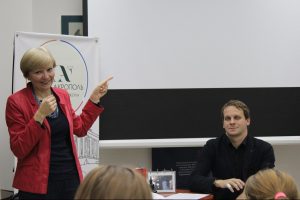 First event of the philosophical Festival “Happiness is the Way” dedicated to World Philosophy Day.

It may seem that both these concepts – Buddhism and modern physics – have no relation whatsoever, but on the contrary, philosophy helps  make sense of many scientific discoveries.

Maxim Zakharov, scientist, spoke about identical particles in quantum physics and that according to this principle we cannot distinguish one particle from the other. In this way the particles lose their individuality, unlike in classical physics whereby we can distinguish each particle by its position in space. From the point of view of Buddhism, human beings, for very different as they are, are the same in their aspiration to happiness. 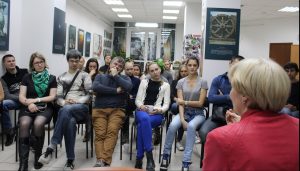