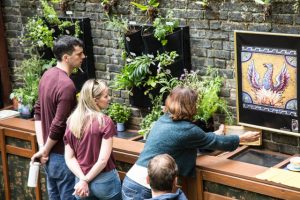 Every June, since 2013, New Acropolis London has had the opportunity to open its Melissa Garden Bee Sanctuary to the public through the event known as Open Garden Squares Weekend. This year, volunteer guides were once again able to share their experience of having two beehives, which has always been an attractive element of the garden.

In addition, a new element in the garden design was an alchemical-themed living wall incorporating some medicinal plants. The purpose of this feature was to revive interest in the healing properties of plants and raise awareness of the traditional connection between plants and planets, in the system pioneered by Paracelsus in the 16th century. Around 150 people visited the garden over the weekend and many of them commented on how mesmerising it was to watch the bees and how meaningful it was to gain a greater knowledge of plants and their connection with ourselves and the cosmos. 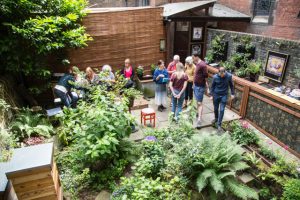 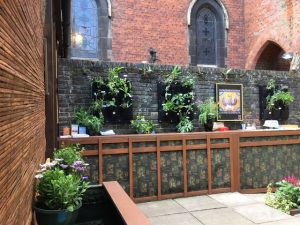