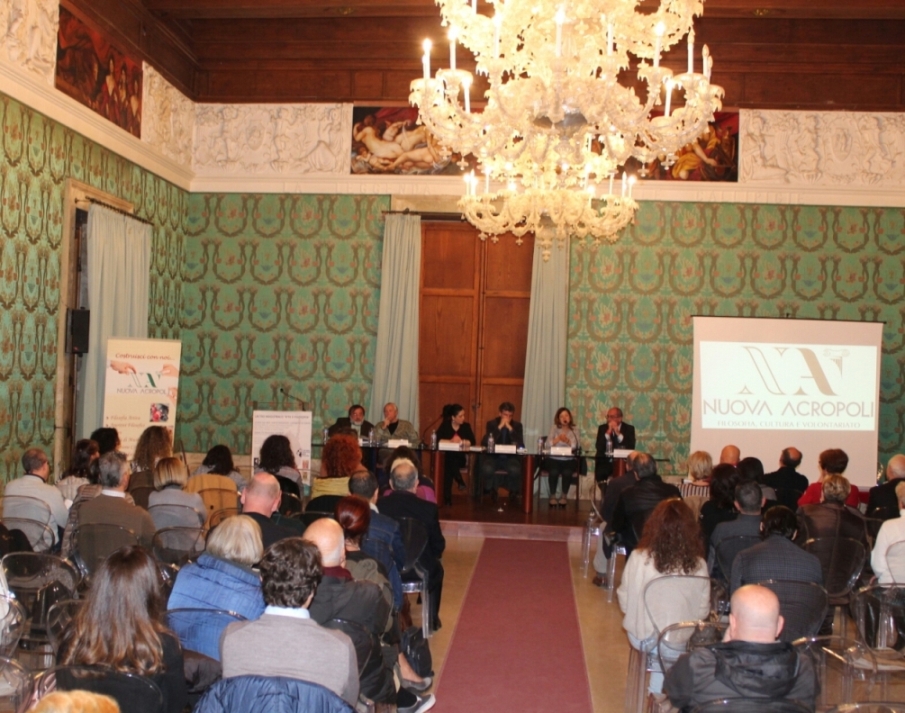 Meeting in Syracuse to commemorate World Philosophy Day with the special participation of Enrico Donaggio, professor of Moral Philosophy and Philosophy of History at the universities of Torino and Aix-Marseille.

The speakers were: Elga Daniele and Lucia Nonona of New Acropolis Syracuse and members of the College of Philosophy of Sicily, Elio Cappuccio and Roberto Fai.

Professor Donaggio discussed Plato’s Allegory of the Cave, and explained that philosophy is a way of being in the world since always. Enrico Donaggio received during the activity an award for his book entitled I would say no. Desire for greater freedom.