The volunteers of New Acropolis Cyprus organised with the Larnaka Municipality, a clean-up of the walking path that lies along the perimeter of the big Salt Lake and ends at the shrine of Hala Sultan Tekke. 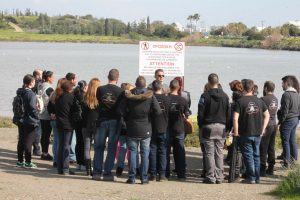 The Larnaka Salt Lakes are one of the most important Mediterranean wetlands and are protected by the European Habitat Directive and the Cypriot Law of the Protection and Management of Nature and Wildlife. To this contributes mainly the fact that a great number of waterbirds, such as flamingos, wild ducks and gulls, winter here. The Salt Lakes are very important to these birds for rest and food, as without this stop they could face the danger of not reaching their destination.

Another very important fact that was revealed to us, is that these birds, during their stay in the Salt Lakes, are eating plankton and small aquatic spineless, mainly a small brine shrimp that lives in these Salt Lakes, the species Artemia Salina. The brine shrimp Artemia Salina is one of the most primitive organisms of our planet, which does not appear to have changed in more that 100 million years.

Regarding the shrine “Hala Sultan Tekke”, it is worth mentioning that is is one of the most important places of pilgrimage for Muslims, as it is one of the holiest of islamic sites after Mecca, Medina and Al-Aqsa in Jerusalem. 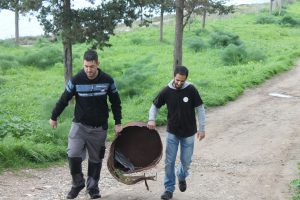 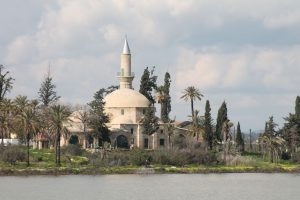 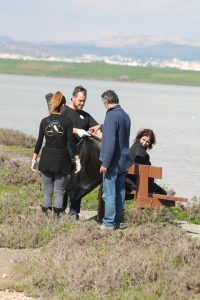 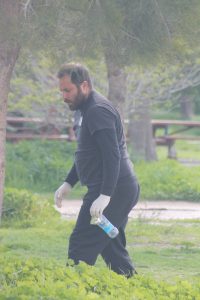