In collaboration with the Ministry of Culture of the Santos City Council, the 12th conservation action of the monuments of the city was carried out, this time the cleaning of the monument to Braz Cubas, located in the Square of the Republic, center.

The work sculpted by Lorenzo Mazza was inaugurated on January 26, 1908 and is the first monument of the city. Besides the figure of Braz Cubas himself, the work comprises human figures symbolizing the commerce, the navigation and the genius of the city. The sculpture was restored for the celebration of the anniversary of the city, last January 26th. The volunteers of New Acropolis were present with a series of poems by local poets and the wheel of virtues, and reflections on values and human principles rooted in Philosophy.

The objective of the Clio project is to assess and preserve the historical memory of the city and of Brazil. 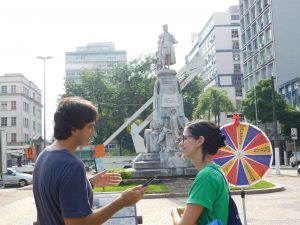 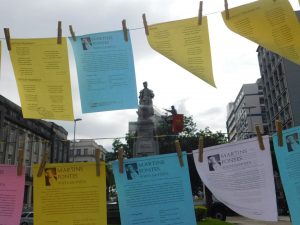 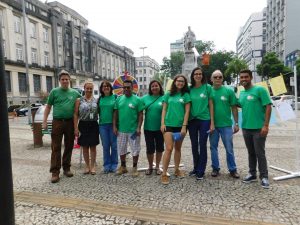 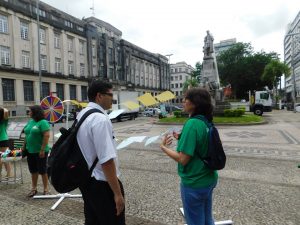