New Acropolis Madrid carried out in collaboration with Victoria Space a series of 3 workshops on ancient Egypt, focusing on its symbolism, its mythology and its sacred geography.

The first workshop was about the sacred geography in Egypt: “Sacred Geography is a conception of the world marked by the notion of unity and cohesion which we find in the ancient civilizations. Everything has a meaning and an orientation, not only in space, but also in the practical, psychic and spiritual… “.

The second workshop dealt with Egyptian symbolism. Symbols help us to establish a relationship between ourselves and other living beings, and also with the world around us. They are a real key to opening our minds to other states of consciousness.

The third workshop analyzed the “Kybalion”, one of Egypt’s most impressive texts: an essential key for delving into the secrets of life and human beings. Its 7 laws allow us to understand the functioning of the invisible dimension that moves events. This text is fundamental to understanding the depth of Egyptian thought. 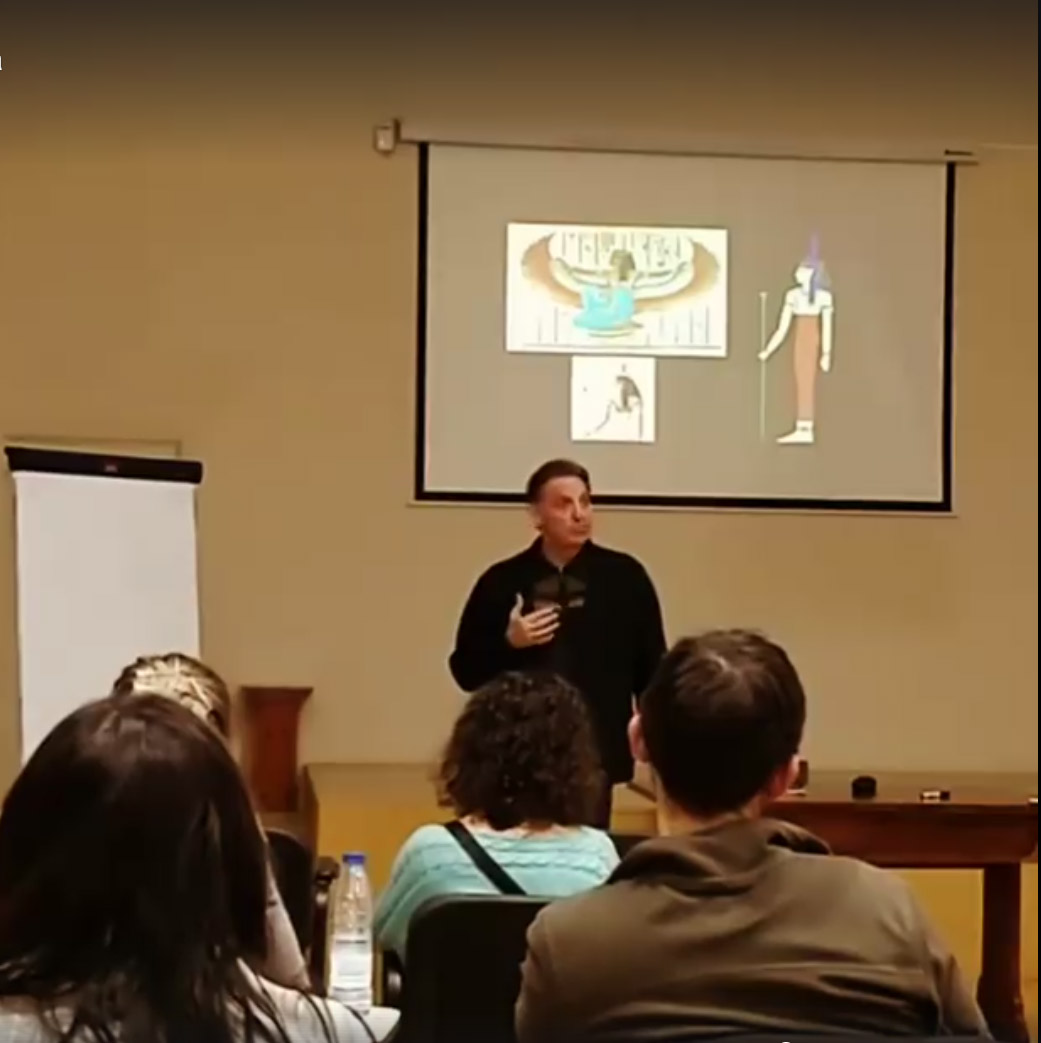