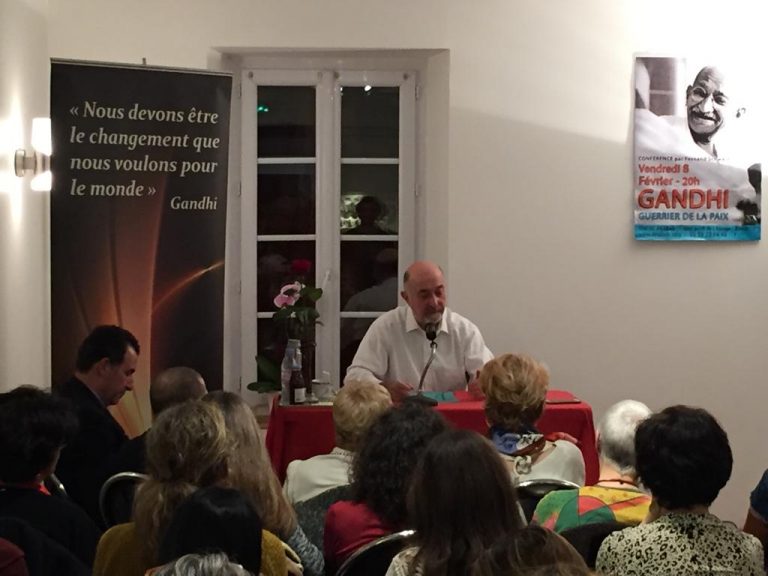 The ANABAB Association inaugurated the new events hall of the Lehena Space. For this special occasion, Fernand Schwarz, founder of New Acropolis in France, offered a lecture on “Gandhi, a Peace Warrior”, whose 150th anniversary we celebrated. More than a hundred attendees listened to five young people declaiming the words that Gandhi had pronounced during his trial on March 23, 1922. These words remind us of his struggle. The Peace Warrior is the one who chooses to serve a just cause, going beyond egocentric concerns, and which Gandhi calls SATYAGRAHA (“Satya” means Truth and “graha” pendant).
This action must be harmless or AHIMSA, because a just cause, according to the laws of the universe, the DHARMA, cannot cause harm to anyone. Gandhi invites us to act with sobriety or SWADESHI.
To remember his principles, Gandhi ended his days reciting a prayer, and it was in his words that the lecture ended: “Remember me, Lord, as failure is the experience that precedes triumph!”