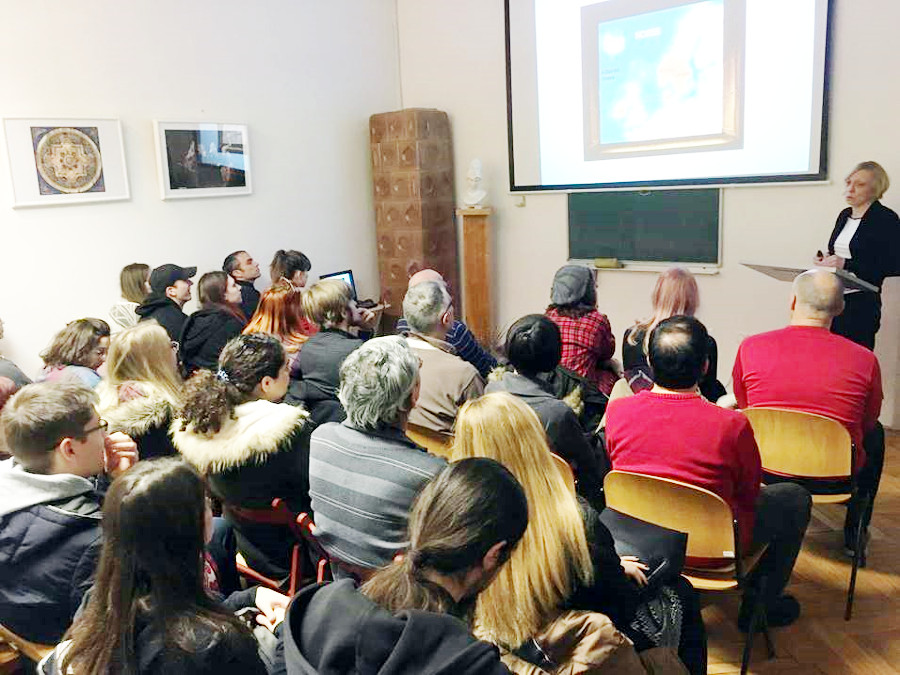 Large audience attending lecture “Magical World of Nordic Sagas”, confirmed that mythology and symbolism raise great interest among the people. The lecture presented mythical and religious worldview of ancient peoples of northern Europe, preserved in numerous tales and sagas. Their mythical worldview, characterized by constant struggle between good and evil, between forces of order and chaos, conveys a relevant message at this moment: To fulfill the meaning of our own existence and our destiny is an act of heroism.