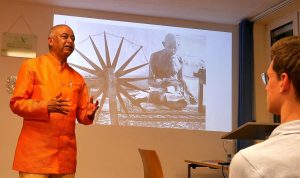 On the occasion of the 150th anniversary of the birth of Mahatma Gandhi, a series of lectures and workshops during the month of October were held at the various New Acropolis centers.

In Munich, Jolly Kunjappu, coach, author, musician, entrepreneur and, above all, life artist, gave a lecture on Gandhi. 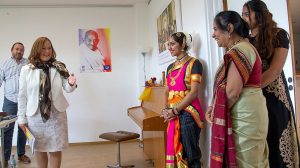 In Stuttgart, the talk was accompanied by traditional Indian dances. This event was held under the Patronage of Honorary Consul Andreas Lapp. 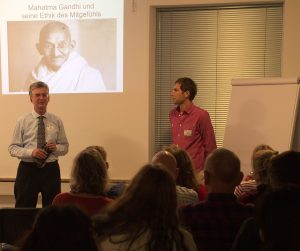 In Nuremberg, within the framework of the “Long Night of Sciences”, several lectures were given about Mahatma Gandhi and his principles of Satyagraha and Ahimsa. New Acropolis and 400 other institutions in the metropolitan area of Nuremberg-Fürth-Erlangen participated in this tribute.