New Acropolis Portugal has launched a new magazine with the name “Pandava”.

This magazine was born, and hence its name ‘Pandava’, with the intention of arousing interest in Ancient India, in its purest expression. Interest in its excellent philosophy, precursor, with its Darsanas, of the Greek schools of philosophy; interest in Sanskrit literature; in its exquisite and sacred art; in its history; in its symbolic religion and in its mysticism directed towards the Mystery of the Eternal, the Thousand Names of God.

Portugal being the country that no doubt opened, with its travels, the door to the East in the Modern Age, it is sad that the general public is often unaware of the art, literature and philosophy of India, China, Japan, etc.

The first translations of great classics, such as the Bhagavad Gita, books by Confucius, some of the Puranas…, were made by Portuguese Jesuits, and yet this country must be one of the few in Europe where Sanskrit is not studied in universities, or only very recently. Initiatives such as the “Sanskrit and Indian Literature Course” at the Grao Vasco National Museum in Viseu, by our friend Ricardo Louro Martins, are almost a blessed exception. 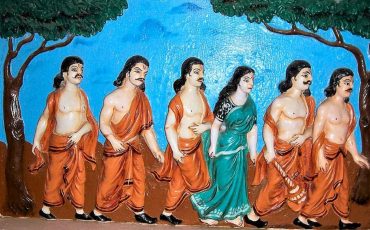