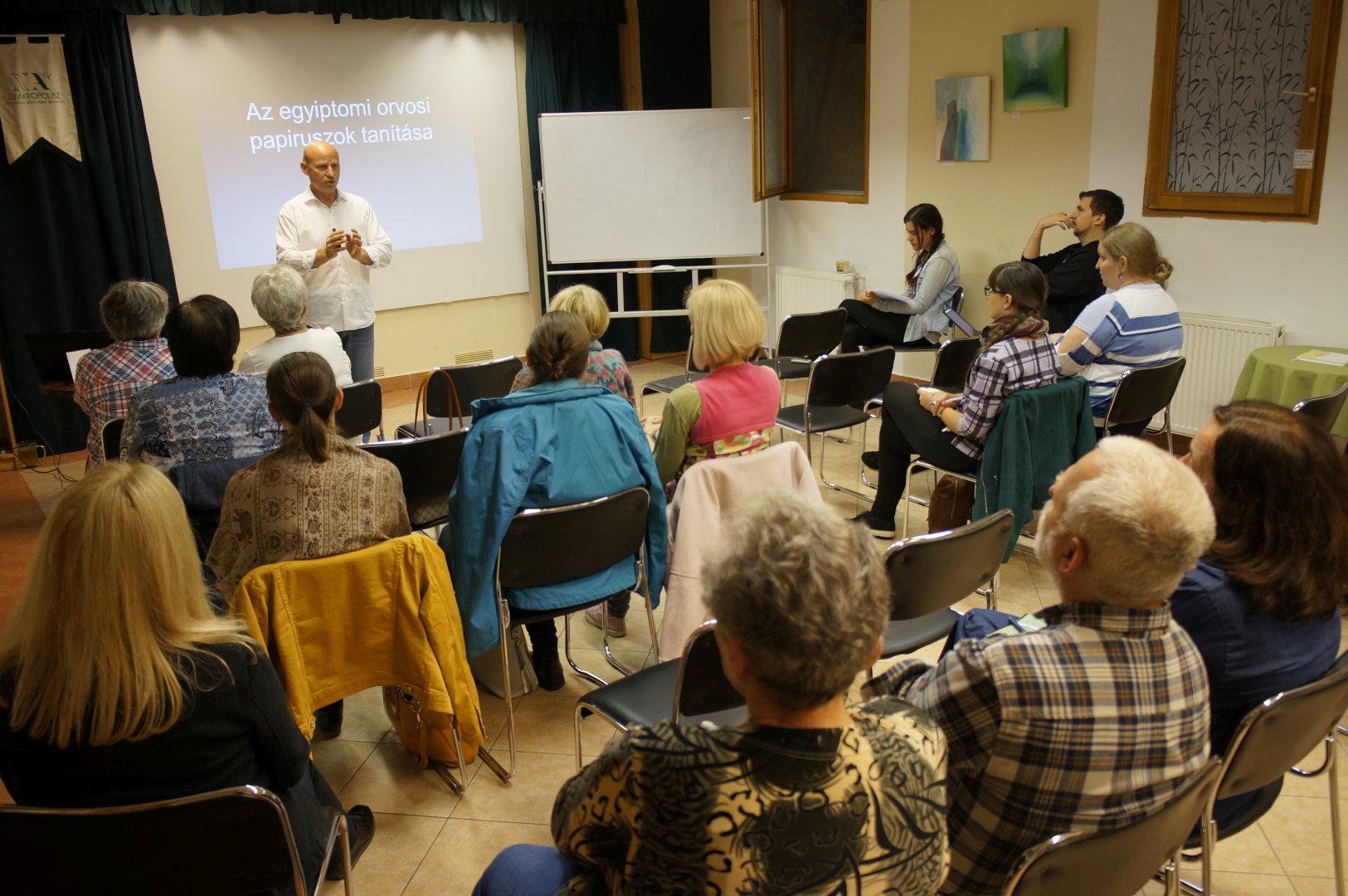 Ancient Egyptian medicine was the topic of a lecture in the Budapest centre of New Acropolis Hungary. People attending learned that the art of healing in Egypt proceeded from the god Thoth, and that according to the extant papyruses the surgical skills of ancient doctors were comparable to the achievements of modern medicine.
The pinnacle of the “medical hierarchy” was occupied by the general practitioner, who was versed in the treatment of any aliment, but was at the same time a master of prevention. His task was to prevent the harmony in a person from being disrupted, resulting in a disease.
This lecture inaugurated a week long programme of lectures, exhibition and workshops.