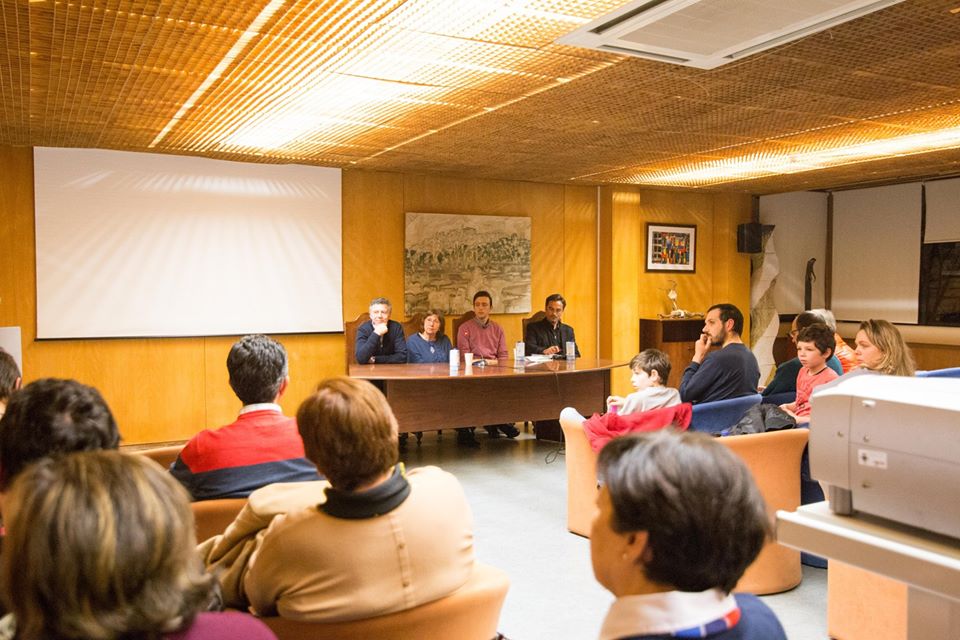 New Acropolis presented a talk-colloquium on the topic “Consciousness and Immortality from antiquity to modern science” at the auditorium of the Coimbra House of Culture which included the following:

‘Consciousness and brain: what do they have in common?’ By José Ramos.

‘Near Death Experience: on the threshold of physical consciousness’. By João Ferro.

‘The 7 veils of consciousness’. By Françoise Terseur.

‘Prometheus and the myth of the ardent consciousness’. By Ricardo Louro Martins.

The different talks allowed an analysis from various angles of study, as well as a reflection on the different dimensions of consciousness, in connection with the exciting new fields of scientific research, which establish unequivocal links with many traditions and universal philosophical conceptions.