The course given at the time of Covid-19 pandemia is now available as podcasts to watch or listen.

The turning points of history destroy old forms and generate new ones. The energy of the crisis is like a mighty wave. It can knock down and ruin if resisted. Or it can save and carry up and forward, if you catch its vibration and saddle the crest. In the series “On the Wave of the Crisis”, we talked about some of those who managed to catch the wave.

Each lecture  is an acquaintance with one person. He lived in a difficult, crucial, transitional time and, as we are today, was looking for ways out of the crisis. Each of our heroes offered his own version. Perhaps some of their ideas or lifestyle will be helful to us.

Nikolay Gumilyov: how not to lose dignity?

About life and poetry of Nikolai Gumilyov, but above all, what helped him not to lose this elusive, but vitally essential substance – human dignity.

Nikola Tesla: how to catch ideas?

From the lecture, students will learn the life story of the inventor, get acquainted with his unique creative method and philosophical views on the essence of inventiion and any innovation.

Victor Frankl: how to get meaning?

Now more and more people complain of inner emptiness, a difficult life situation and a feeling of absolute meaninglessness of their own steps, efforts, and indeed their whole life. The world-famous psychologist, philosopher, humanist Victor Frankl believed that the most difficult life situation just gives a person the opportunity to rise above himself internally, to show “stubbornness of the spirit.” And one of the main tasks of a person is to constantly search and find meaning. His method called “logotherapy” was tested by him in the most difficult conditions of a concentration camp.

The Roerichs: what is culture needed for?

Urusvati Research Institute, Peace Pact, Peace through Culture Association, Agni Yoga books, volumes of articles and hundreds of paintings keep the efforts of this amazing family for us.

Alexander Pushkin: how to be free?

What was this extraordinary person who came a long way from a talented boy to a profound philosopher trying to realize his gift and match it?  From the lecture, students learn about what secrets the great poet left us today. And above all, the secret is how to be free if everything is against.

Ludwig of Bavaria: how to awaken a country?

He is known as an extraordinary person, as a friend and patron of Richard Wagner, as a builder of fairy-tale castles such as Neuschwanstein. In the second half of the XIX century Bavaria was an agrarian and unremarkable country. Today it is a cultural and industrial center, popular with tourists. Ludwig of Bavaria called the ‘last true king of the century’ is to blame.

Nikolay Novikov: how to change the future?

In the second half of the XVIII century the foundations of a new, secular culture were laid in Russia. And a significant role was played by those who are called Russian Masons and Rosicrucians. One of the main participants in this story was Nikolai Novikov, an enlightener, publisher, and journalist.

For 15 years, he and his comrades created the country’s first pedagogical school, the first translation school, and for the first time published the best examples of world literature, primarily philosophical in Russian. And not only published, but also instilled interest in reading it. Сontemporaries called him “the founder of a new era of Russian civilization, which began the true course of literature.” 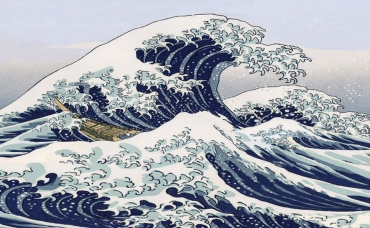