The third Thursday of November is World Philosophy Day, instituted by UNESCO since 2005 and in which New Acropolis worldwide participates every year.

On this occasion, the New Acropolis Lyon center was one of the partner actors of the first edition of the Festival “Night of Philosophy” in Lyon. The aim of the festival is to offer the philosophy to a wide audience, giving it back the central place it had in antiquity: at the heart of our daily lives in society.

For this first edition on the Lyon cultural scene, the flagship event of the festival – co-organized by the Cabedita publishing house, New Acropolis Lyon and the Acropolis review – took place in an university amphitheater in Lyon, with an exceptional conference attended by 9 prestigious philosophers. 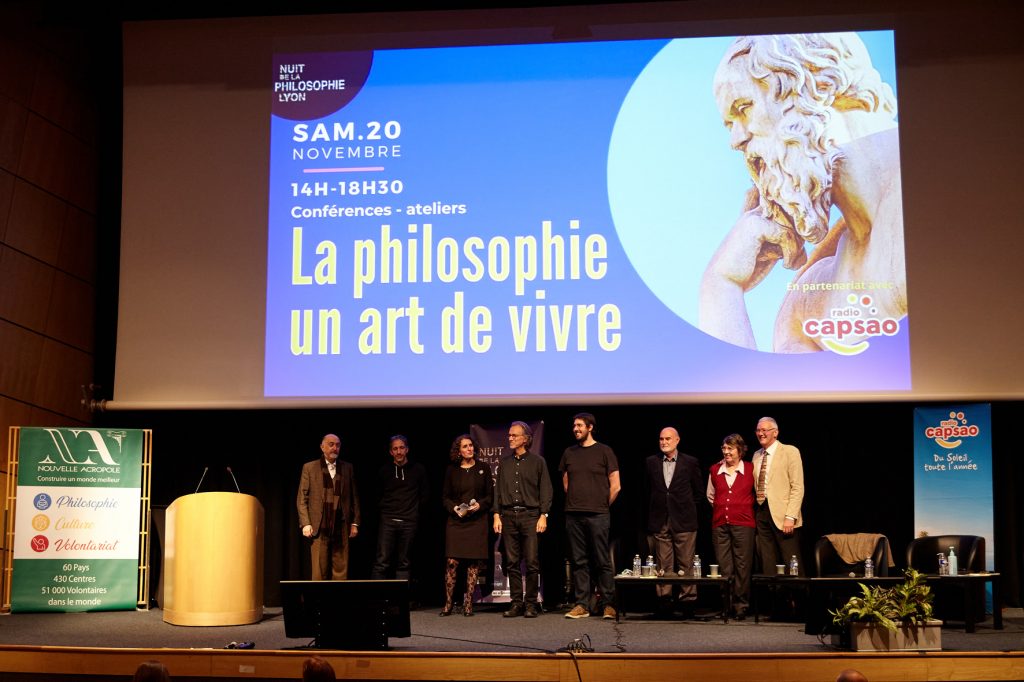 Colloquium in an eclectic format, the 9 co-authors of the book “Philosophy, an art of living” (Editions Cabedita, April 2021) were able to convey their vision of philosophy developed in their chapter of the aforementioned book:
– Xavier Pavie: Can the imagination be a contemporary spiritual exercise
– Maël Goarzin: From theory to practice: living as a Stoic today
– Fernand Schwarz: Living our spirituality today
– Laurence Bouchet: Philomobile Philosophical Practice
– Michel Maxime Egger: Joyful sobriety to get out of consumerism
– Laura Winckler, Fernando Figares: Ancient Philosophy and Spiritual Exercises
– Jacqueline Kelen (in video): The way of the noble man
– Bertrand Vergely (in video): Being the philosophy
A big thank you to Jean-François Buisson who brilliantly led, as moderator, the presentations and discussions with the speakers.

The success of this afternoon also resided in participatory Master Class-type workshops with the philosophers who offered spaces for more in-depth meeting and sharing.

We also take this article to thank all the volunteers who made this high quality event possible!
And we make an appointment next year for the 2nd edition of the Festival “Night of Philosophy” in Lyon, on November 17, 2022. 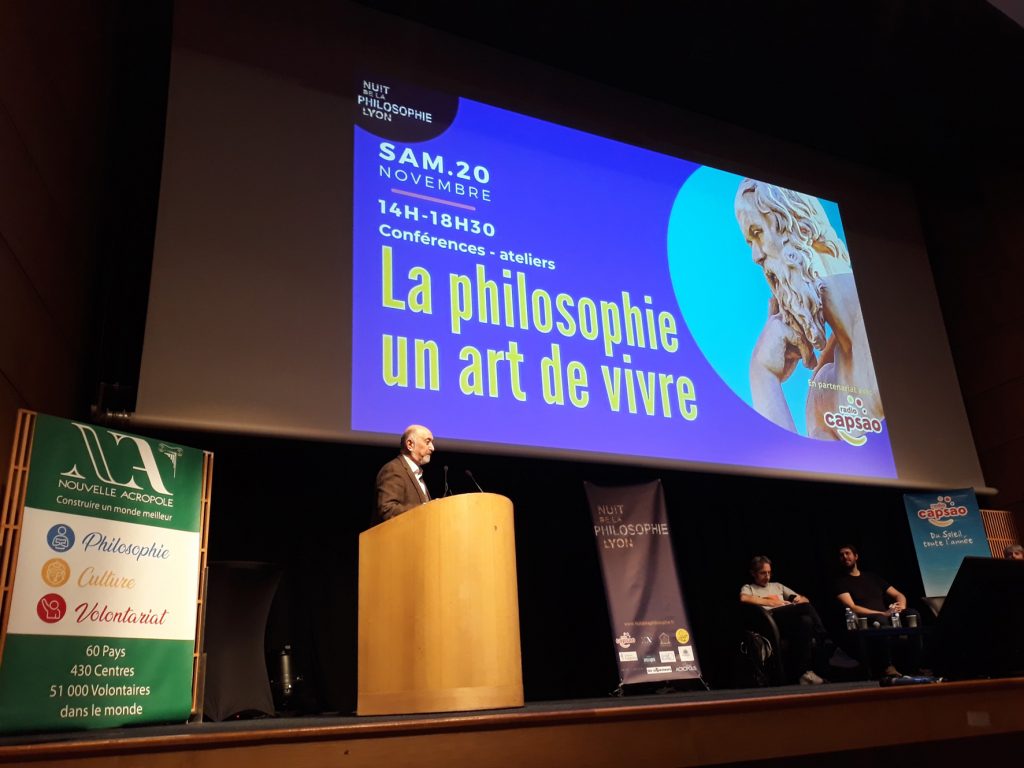