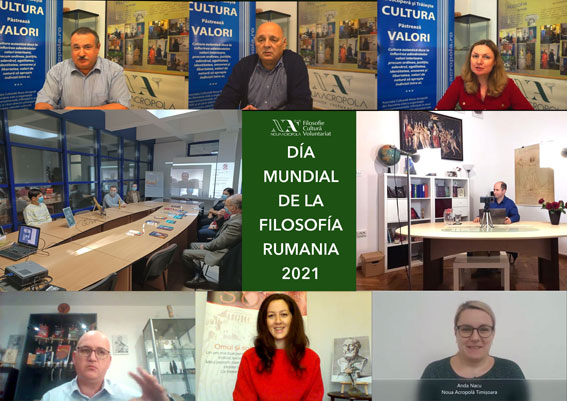 This year, the World Philosophy Day was marked in Romania by a series of online events, held throughout November.

The topics of the lectures inspired by the ideas of the Stoic philosophers: practical philosophy, time after Seneca, responsibility – after Marcus Aurelius, friendship – after Cicero, but also from Platonic philosophy – love, the heroic vocation – after Bhagavad Gita or the Four Noble Truths and the Eightfold Path, as well as the mastery of the mind – according to Buddhist philosophy.

All the events demonstrated the topicality of the philosophical ideas from the East and the West, transmitted for thousands of years, for the life of the contemporary man, as well as their practical character.