Having returned to normality, we started the last quarter of the year with a new documentary-colloquium on astronomy.

Within the programme of the City Festival of Sabadell (Fiesta Mayor), we had the pleasure of participating in the city events with the screening of the documentary Beauty in the cosmos and familiarizing ourselves with the complex and exciting world of the cosmos. The word ‘cosmos’ derives from Latin meaning ‘universe’, or from the Greek word Kosmos, meaning ‘order’, the antithesis of chaos or ‘disorder’.
The documentary was made by our colleagues from the Barcelona Centre, and we would like to highlight its high quality, both in terms of its production and documentation, as well as the beauty of its images that complemented the explanations given to us.

Over the course of an hour, we learned about the planets closest to the Sun and the gas giants, i.e., Jupiter, Saturn, Uranus and Neptune, the latter being the fourth largest planet in the solar system, which could contain sixty Earths. We also found out about trans-Neptunian objects, comets, nebulae, galaxies and quasars. To get to know the depths of the stars and the particular qualities of each of them is impressive. You realise the smallness of the Earth and its inhabitants.

It is overwhelming to think that it all started 13.7 billion years ago from a tiny dot smaller than an atom, and to see, by looking at the starry sky, how big, wonderful and unique the universe has become. We are children of the stars, our atoms were once in them, and we will continue to form part of this marvellous cosmos-universe until the end of our days. How can we not love and admire it! 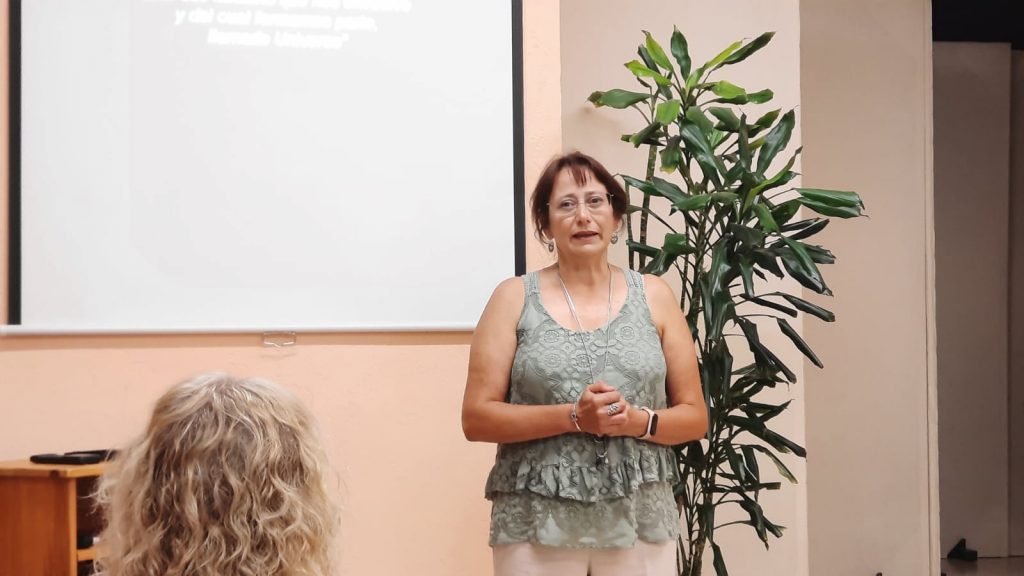