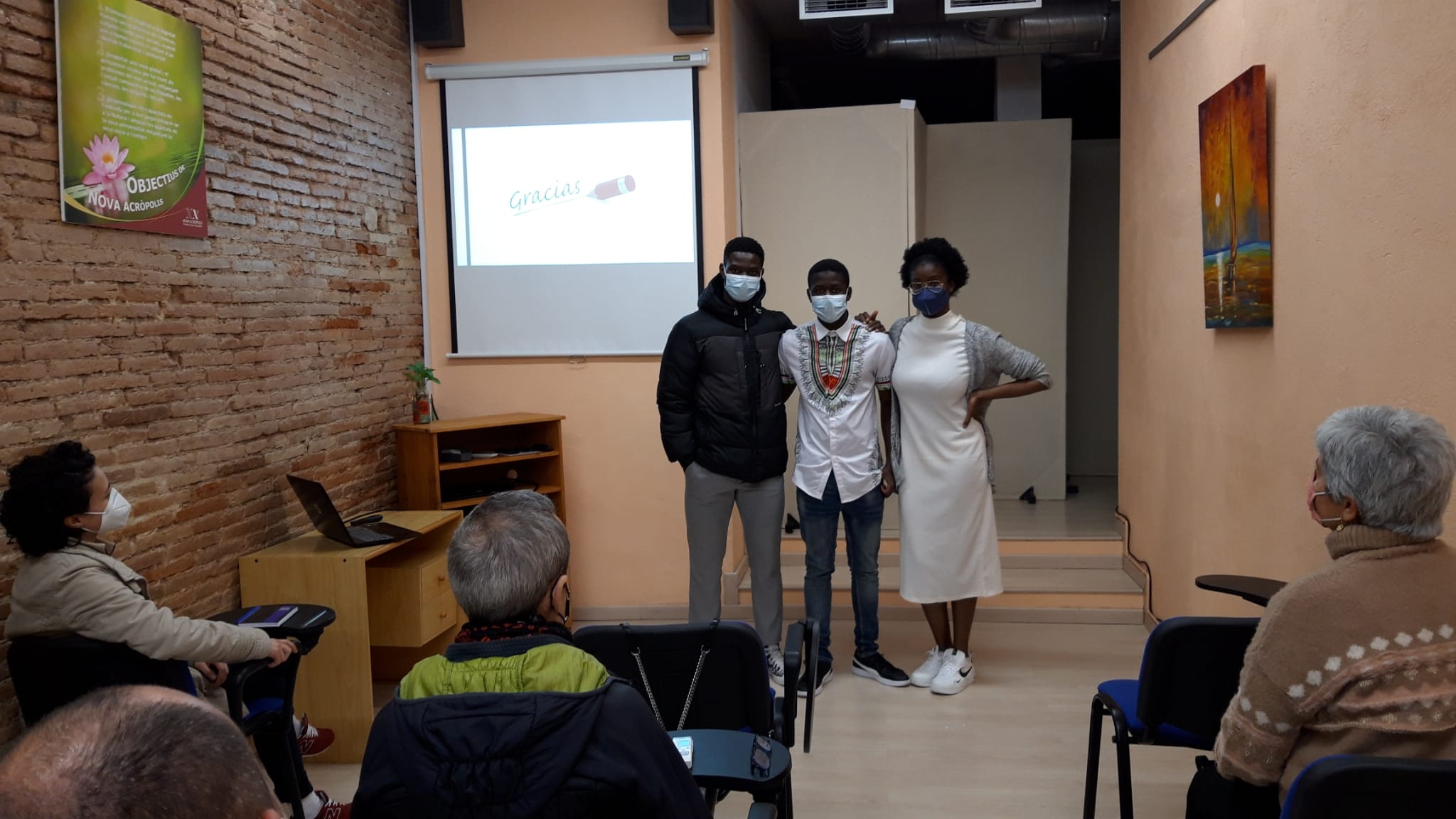 At the New Acropolis Cultural Association of Sabadell, an interesting lecture was held on the current and pressing subject of immigration, which affects so many people in our society in one way or another.

Mamadi, president of the African Association of Sabadell, Yousef, a member of the association, and Dyaka, who is its secretary, gave us first-hand information of the reality that many immigrants in our region are facing on a daily basis.

Stereotypes, prejudices, fears and a great deal of ignorance have been causing cracks in the social integration of these people for some time now. A certain social and political hypocrisy is relegating them to the category of second-class citizens.

Philosophical values, such as the fact that love has no limits, are colliding with the reality of injustice in our current society, where social and economic differences are compromising the wellbeing of many people.

Mamadi, who is in the third year of his Philosophy degree, emphasised the need for philosophical education on values. This would allow to overcome false concepts and fears, which often result from ignorance.
It would help to achieve a healthy cultural and humane balance that guarantees respect for the rights and dignity of people, who are often constrained by the fact that they were born in one part of the world rather than another.