New Acropolis celebrated the Earth Day 2022 with a meeting about one of the most ancient tales dedicated to Mother Earth, the Greek myth of Demeter and Persephone.

The event has been sponsored by the 6th local Municipality of the city of Milan and it has been highly successful among the audience.

Giving life to the myth, volunteers experienced a cultural development, awakening their feeling of belonging to one single global community. The theatrical performance has taken shape inside the “Teatrosophia” project (whose goal is to disclose philosophy through theatre), which tackled mythology for the first time.

A chance to pass on the message which has its roots in the human tradition and recognizes the role of Earth as a Mother, as a source of nourishment and cradle of humanity ever since. This knowledge and feelings, such as gratitude, respect, actions of attention and defence towards Nature and its fruits, have been raised over the centuries.

Rebirth, change, patience, energy, harmony: these are just some of the ideas that Nature inspires us and that we can rediscover within ourselves, especially in such a difficult historical moment. 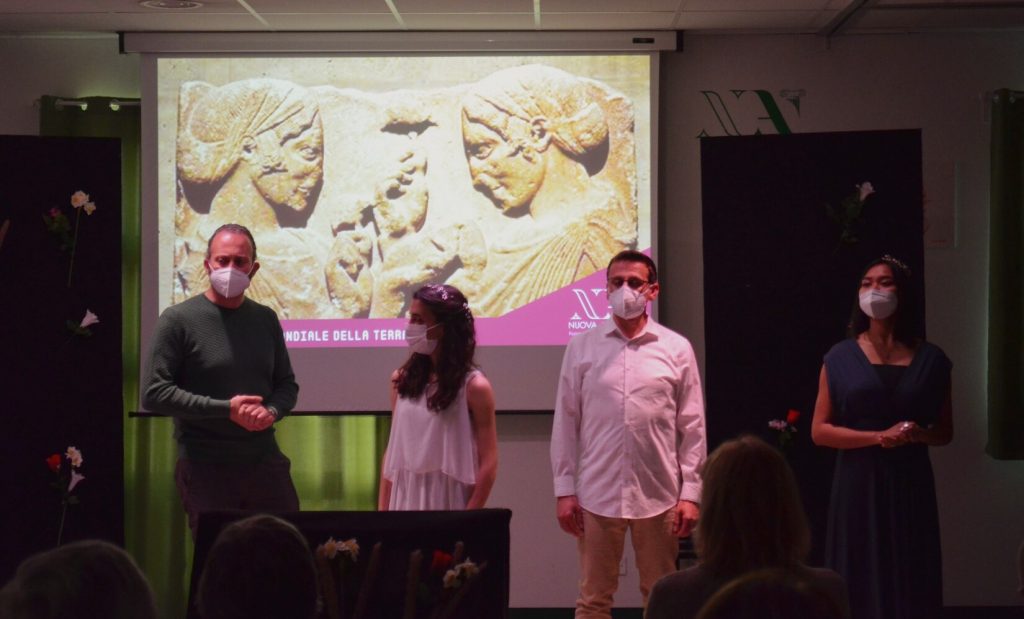