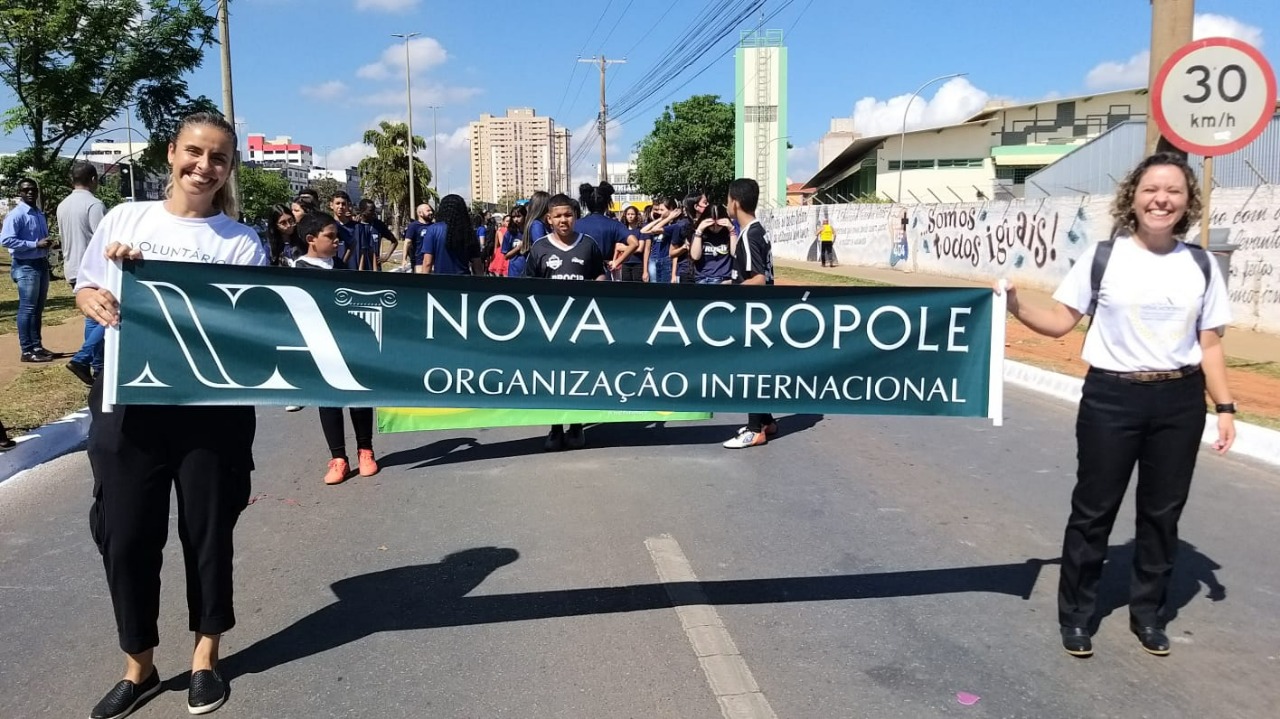 The New Acropolis of Samambaia, administrative region of the Federal District, opened its doors in September was invited by the local public management to participate in the celebrations alluding to the satellite city’s anniversary.

In the civic parade in honor of Samambaia, the New Acropolis Organization participated with banners of reflective and inspiring phrases and with characters dressed as historical philosophers such as Plato, Marco Aurelio, Diogenes and Helena Blavatsky.

The parade is quite traditional in the region and counts on the presence of authorities and institutions such as public and private schools, firefighters, police, urban cleaning company employees and non-governmental organizations that work in the place.

The city turned 33, is located 35 km from the center of the Federal Capital and has about 230,000 residents. “For New Acropolis of Samambaia it was a very good image moment because of the visibility that this parade has in the community. Our philosophers were successful and took many photos with people from the community along the way”, said the person in charge  of New Acropolis Samambaia, Teacher Daysy Cavalcante, taking the opportunity to thank the
members of the New Acropolis of Águas Claras who also supported the initiative by participating in the parade.