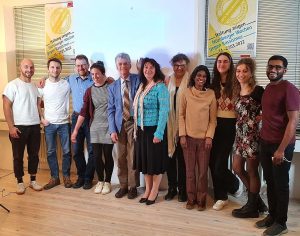 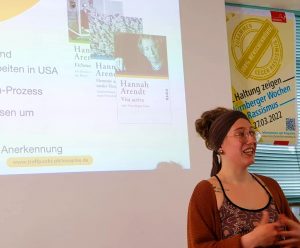 The city of Nuremberg is very much aware of its difficult historical heritage and therefore of its special responsibility whenever it comes to depreciation or segregation of groups of human beings.

Nuremberg is taking a number of active and continued measures in this respect, and one of those are the Nuremberg weeks against racism carried out by the city´s Human Rights Office every springtime throughout two weeks.

Since 2019 New Acropolis of Nuremberg is taking part in the official program. This year´s special slogan was: “Show attitude!”.

The members of NA took this idea up and presented three philosophers that had suffered the fate of refugee and/or had travelled the world to spread a spirit of humanity and true philosophical endeavour, thereby withstanding great oppression from mighty political or economic opponents. The three bold philosophers presented were: Hannah Arendt, Vandana Shiva and the Dalai Lama.

The presentations were disseminated online over the internet.