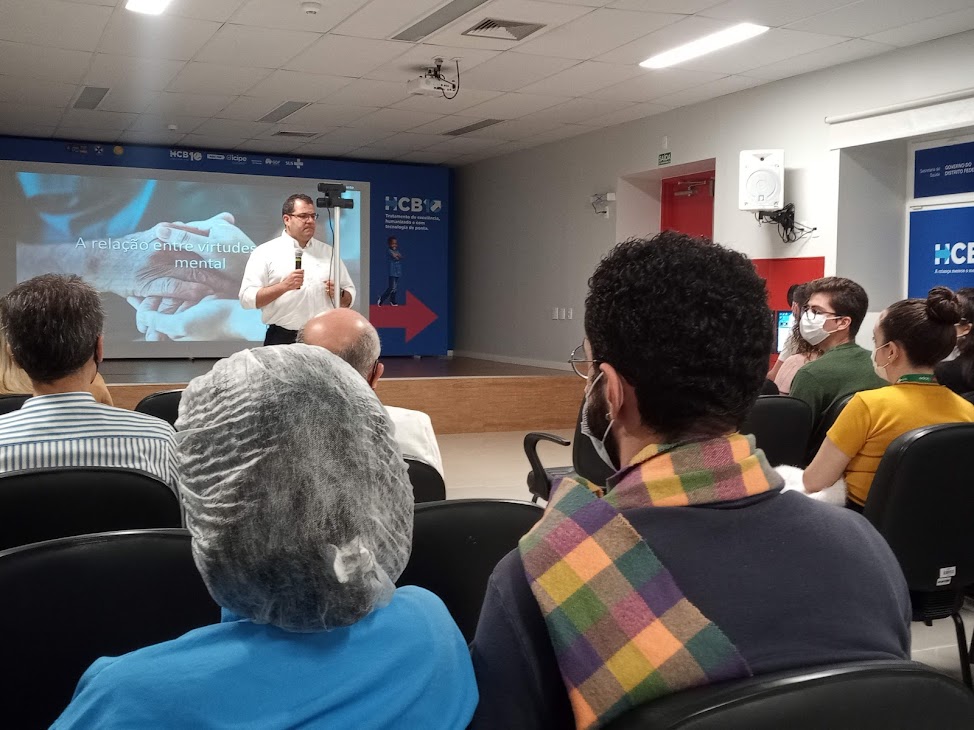 What is the relationship between virtues and mental health? This was the theme of the Philosophical and Literary Moment series promoted by children’s Hospital of Brasília (HCB) in partnership with New Acropolis and Seraphis Institute in a hybrid format (in person at the Oscar Moren Auditorium and broadcast on online via Zoom).
The teacher Pedro de Paiva Barcellos of New Acropolis – Headquarters Lago Norte de Brasília talked about health in the exercise of knowing and mastering ourselves.
“Many diseases are related to fear. We can reduce fear, anguish and see the other not as an enemy. When we get sick, our will is in conflict. Health is to exist in a harmonious way. It’s exercise is having consistency in intentions from the little things,” he commented.
Speaking as an instructor of Philosophy for more than a decade and from his experience as a clinical psychologist as well, he mentioned what classical philosophers, such as Plato, and contemporary neuropsychiatrists, such as Viktor Emil Frankl, thought about the search for meaning of the human being to live in harmony.
The Philosophical and Literary Moment project promoted by Children’s Hospital of Brasília (HCB) in partnership with New Acropolis and Seraphis Institute proposes lectures and dialogues for health professionals and the community in general.
In the previous edition, in the month of May, the teacher Luiz Fernando Vieira, instructor at the New Acropolis for over 30 years, and director of the Seraphis Institute, spoke on the topic Constitution of the Human Being.