Medellin continues to organize theme nights filled with the music and food of the culture chosen for that night.  Last June it was the Celtic culture’s turn.  This was a new presentation which generated great expectations among the audience. 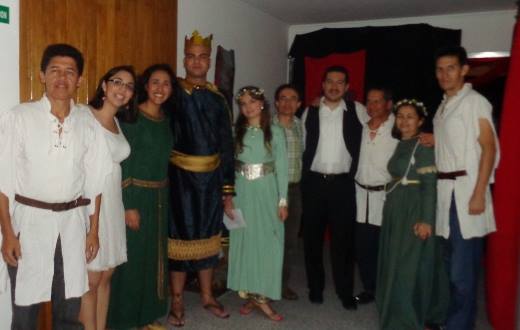 The Celtic musical group Valar enlivened this special night with its melodious songs which ended with the audience dancing.  In addition, the food was surprising:  Rye bread with a mix of blue cheese and crème cheese as an appetizer, and as the main course, Trimelstown roast sirloin, which is sirloin roasted with fennel, whisky and wine, accompanied with steamed carrots and green peas with a bit of butter;  purée with couscous and parsley, and as the beverage, a refreshing honey water with a mint aroma; and as if that was not enough, the dinner closed with the dessert, ‘Chranachan’ made with oatmeal, almonds, honey, red fruit and whisky.