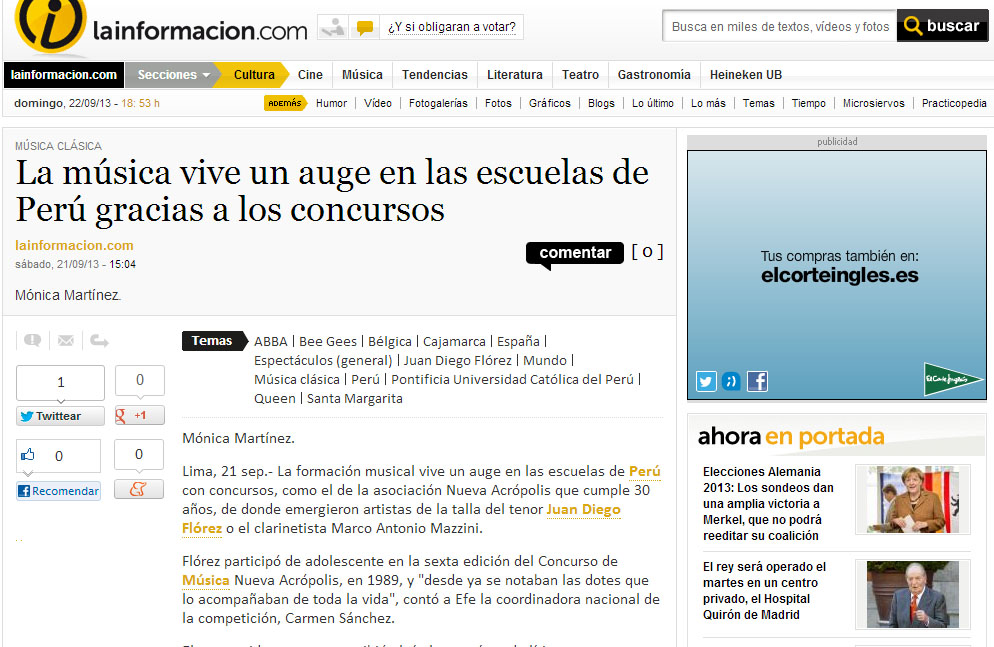 Today on the main page of its culture section lainformacion.com highlights the growing interest in musical education in Peruvian schools, and mentions the 30th anniversary of the music competition organized by New Acropolis as a clear example of this.  This was the competition where artists such as the tenor Juan Diego Florez and the clarinettist Marco Antonio Mazzini started their careers.

“30 years ago, the competition hosted a dozen or so schools in Lima which were the only ones that had an instrumental band or choral group, usually conducted by one of their teachers. Over the years, the competition has grown and has brought together more than 500,000 students, aged between 5 and 17, and about 600 schools from different cities of Peru.”
Read the full story in Spanish at: http://noticias.lainformacion.com/arte-cultura-y-espectaculos/musica-clasica/la-musica-vive-un-auge-en-las-escuelas-de-peru-gracias-a-los-concursos_yktfucYpKZe3tmR4fj1aj5/