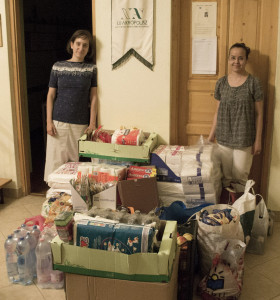 According to official estimates, the floods in Serbia in May 2014 affected more than a million people. Whole cities were evacuated and approximately 32,000 people had to move out of their homes. After four days of collecting donations, New Acropolis Hungary sent a vanload of aid packages to the Serbian Embassy, including tinned foods, health products and disinfectants, which were then transported by air to the regions concerned. We deeply sympathize with the victims of the catastrophe and hope that in a small way we have managed to contribute to the success of the rescue efforts.