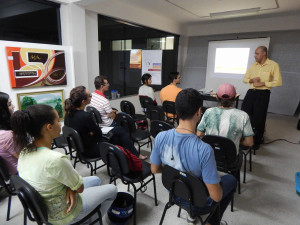 From 27 to 30 May, at the Nelson Mandela Cultural Center, New Acropolis in Governador Valadares promoted in collaboration with the Municipal Department of Culture a Cultural Week on “The Roman Philosophers”. Each lecture covered one philosopher, his central ideas and his contribution to the modern world. The program consisted of the following topics: “Cicero: the art of oratory”; “Seneca and the tranquillity of the soul”; “Epictetus and the power of the will”; “The philosopher Emperors and good governance of oneself”. The first lecture addressed the contribution of the philosopher Marcus Tullius Cicero to oratory as the art of clothing thoughts in words. For Cicero, the orator should be a moral person whose acts are consistent with his words. 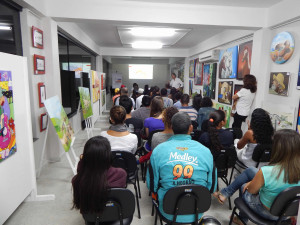 In the lecture on the life and works of the Stoic philosopher Seneca, the question of the duration of life was addressed. According to him, the philosopher is the man who is truly capable of using time well, because he is concerned about using it wisely instead of wasting it in frivolous things. Epictetus was the next person with a very practical thought: “… there are things that depend on us and there are things that don’t depend on us”. This maxim of his urges man to turn inwards and try to change his way of thinking and feeling, so that his outer actions will be effective and related to things that are really important. Finally, we had a talk on the philosopher emperors, particularly Marcus Aurelius, who wrote a series of precepts for himself for daily life, which today are to be found in the book “Meditations”. Marcus Aurelius was a Stoic emperor, whose thought was pervaded by the idea that serenity should prevail over any circumstance.