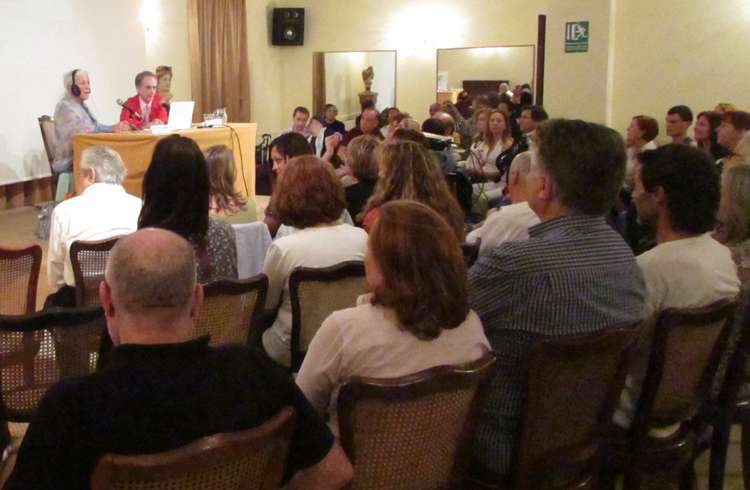 In the lecture hall of New Acropolis Valencia, famous archaeologist Solveig Nordström, Doctor of Philosophy and Letters, known for her advocacy efforts for the preservation of the archaeological site El Tossal de Manises in Alicante, and for her involvement in the reform of the provincial archaeological museum of Alicante, spoke in her lecture, accompanied by her student and personal friend Doctor Francisco Verdú, of her personal path in relation to Yoga and Hinduism, themes that have fascinated her during her lifetime.

Francisco Verdú, physician, Doctor of Philosophy, and great connoisseur of Egyptology and astrology, participated also in this talk that was more like an engaging dialogue between these two scholars.