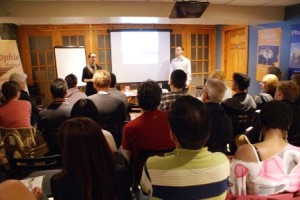 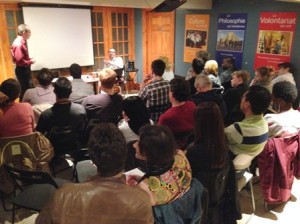 During the annual “24 hours of Sciences of Quebec”, New  Acropolis held an interactive lecture about the role of  “Numbers, figures and forms” that can be found at the origin of all manifestations in Nature, including the human being.

The beauty and the harmony of the living world cannot leave anyone indifferent.

Participants discovered, through the Fibonacci series, the golden mean and Pascal’s triangle, the art of centering oneself and conquering other dimensions of reality. Everyone observed how the impeccable order and organisation of the cosmos are governed by laws whose causes are geometrical figures and interrelations between numbers.