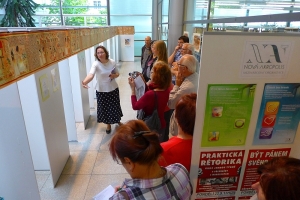 New Acropolis in cooperation with the Regional Scientific Library in Liberec presented an exhibition on the Papyrus of Ani, which is a beautiful example of the so-called Book of the Dead. It is an ancient Egyptian papyrus named after its owner who was an unknown dignitary Ani and is the best preserved specimen of the Book of the Dead describing the journey of the soul after death.

On the ground floor of the library a 31-meter copy of the Papyrus of Ani was put on display. It was a unique opportunity to see the entire papyrus, which is not possible even in the British Museum. The exhibition was accompanied by photographs from Egypt. 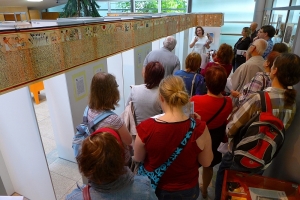