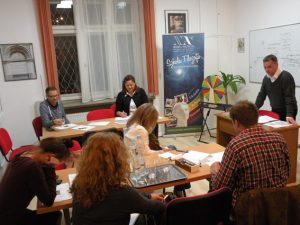 In the framework of UNESCO declaring 2016 Year of Aristotle, as this year marks the 2400th anniversary of the philosopher’s birth,  New Acropolis in Warsaw organized two lectures titled “In the pursuit of happiness” and “The search for the golden mean”.

The lectures were accompanied by philosophical workshops, with the aim of emphasizing the importance of virtues for everyday life.