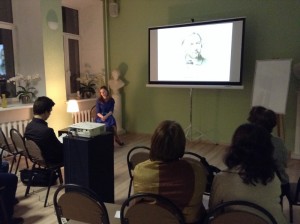 A musical evening took place with a focus on ‘Russian music of the nineteenth century: Coming back to the roots’ within the framework of the lecture series ‘The Art of listening to music’.

When did Russian music appear? Until the 19th century there were two disconnected worlds: folk music and Church hymns. Musicians such as Dmitry Bortniansky, Alexander Alyabyev, Mikhail Glinka, marked the beginning of a journey of Russian music, overcoming the abyss between these two polarities.