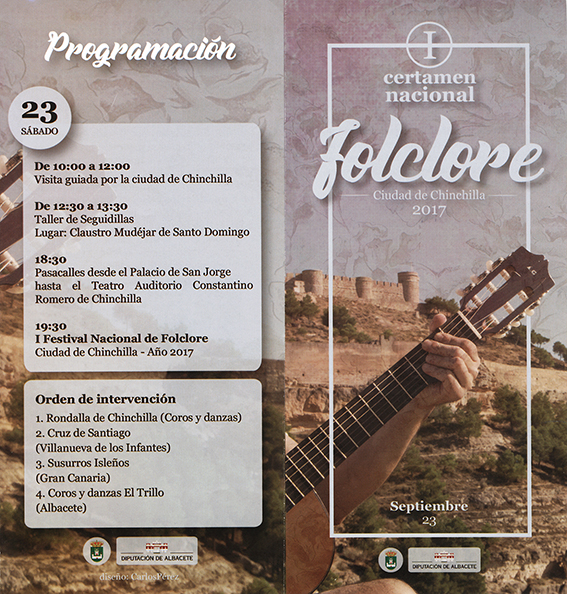 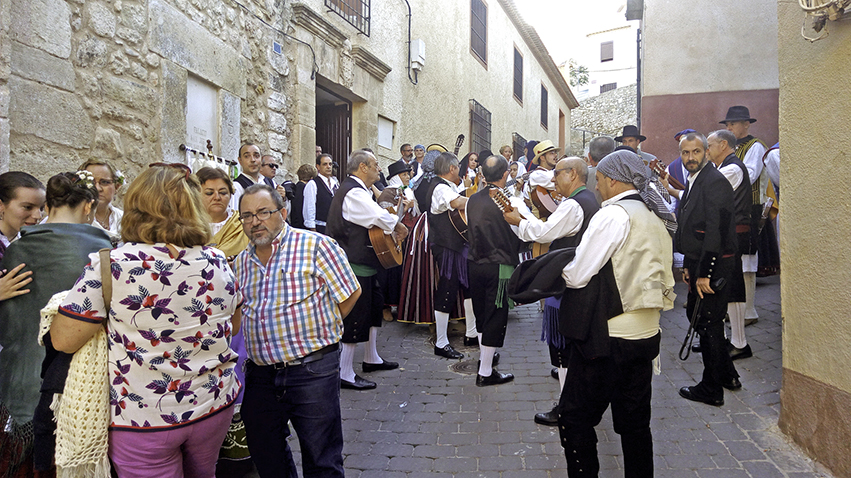 The First National Folklore Festival was recently held in the City of Chinchilla with the participation of four groups coming from Gran Canaria, Villanueva de los Infantes, Albacete and Chinchilla. 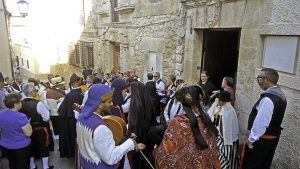 New Acropolis supported the event by providing accommodations for one of the participating groups as well as with the preparation of two dinners for a total of 120 and 170 diners, with the assistance, in addition, of members of the Municipal Corporation.

The Festival began in Palacio San Jorge where all the artists gathered to begin a parade all together, with a stop in the main square of the town where each group performed two or three dances, and ended at the Municipal Auditorium where the festival was celebrated.

The presenter of the festival, before starting the event in the auditorium, publicly thanked on behalf of the Municipal Corporation the collaboration of Palacio San Jorge and its manager for the reception.