For the 150th anniversary of the birth of Mahatma Gandhi – in combination with the World Philosophy Day – “New Acropolis” in Greece held an open event on 21 November 2018 at the Public Cafe in Syntagma Square, Athens.

Kostas Frantzikinakis, researcher and chairman of the New Acropolis Association in Greece, spoke of “the real philosophy that has always been a practice,” and, through an extensive reference to the great philosophers of various eras,  demonstrated that “the philosopher is in constant action. .. he is not wise, but he is looking for wisdom all his life. ”

About “a warrior of the truth”, Professor Dimitris Vasiliadis, an Indianologist, chairman of the Hellenic-India Society for Culture and Development, spoke about Gandhi’s life and action, highlighting his basic ideas about non-violence, love for the neighbor , ethics, offering to the poor, etc.

The audience that filled Public Cafe  created a beautiful interaction and atmosphere throughout the event.

Organized by: New Acropolis in Greece

Supported by:  Hellenic-India Society for Culture and Development 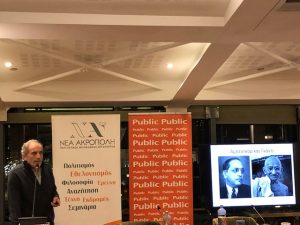 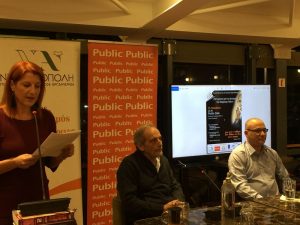 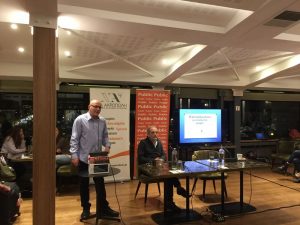 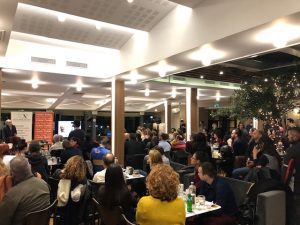