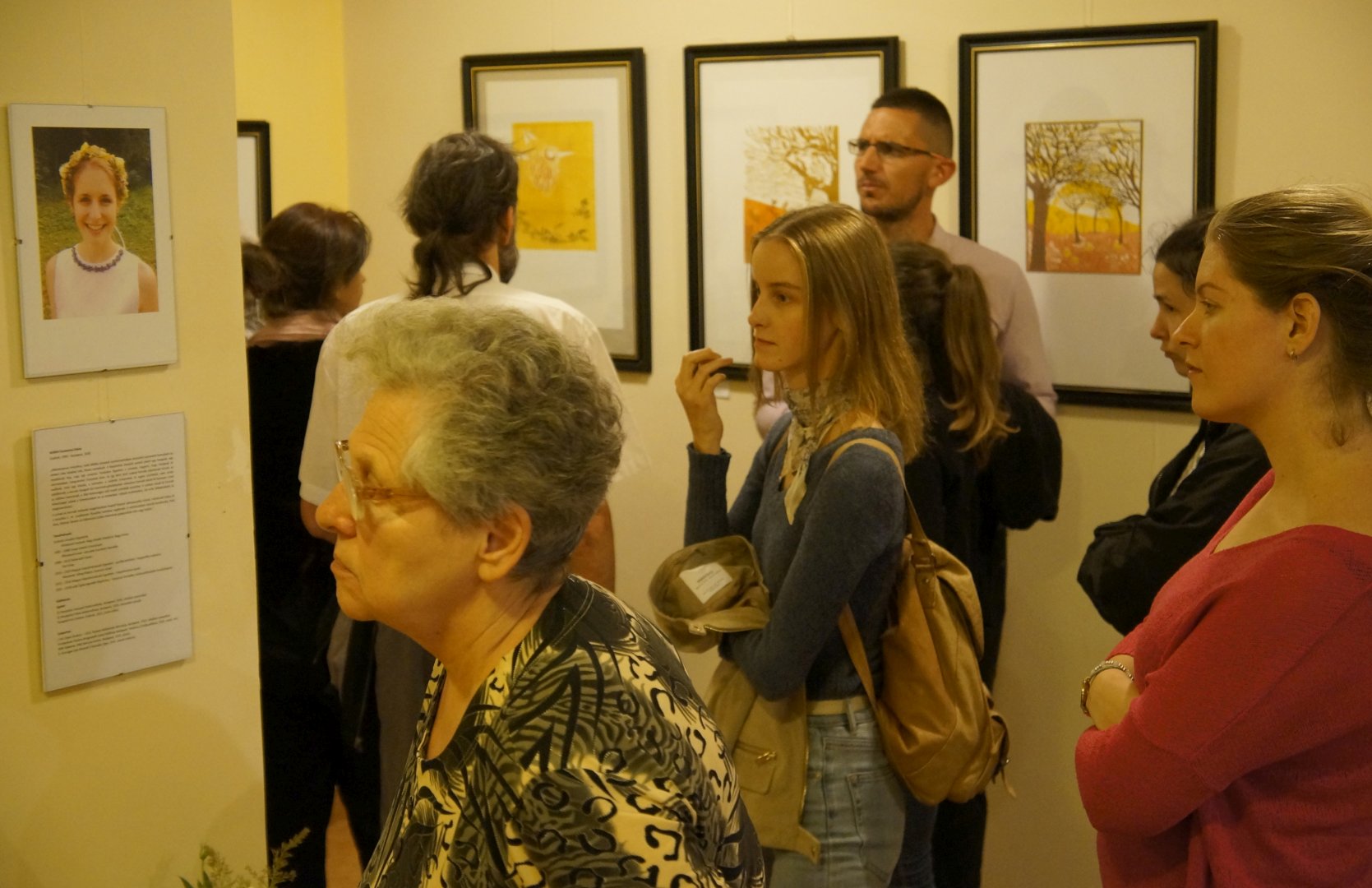 Exhibition presenting the work of graphic artist Zsuzsanna Kolláth on the first anniversary of the early death of the artist. Her works were placed on display for a month.

In her paintings, Zsuzsanna Kolláth tried to find the archetypal, the innermost essence, in Nature and in Man. In such pictures as “The Red Knight”, “Parsifal” or “Soma–Psyche–Nous” she sought to represent beauty as it appears in Nature by itself, and in Man in the form of spiritual strivings and virtues.

Her artistic technique reflects this aspiration. She avoided using chemicals and instead used water-soluble oil-colours and watercolour in producing her clean and translucent images. The opening of the exhibition started with a live guitar performance and continued with the participants discussing questions of art and philosophy, and the close ties that bound the two, all that at the inspiration of Zsuzsanna Kolláth’s paintings.